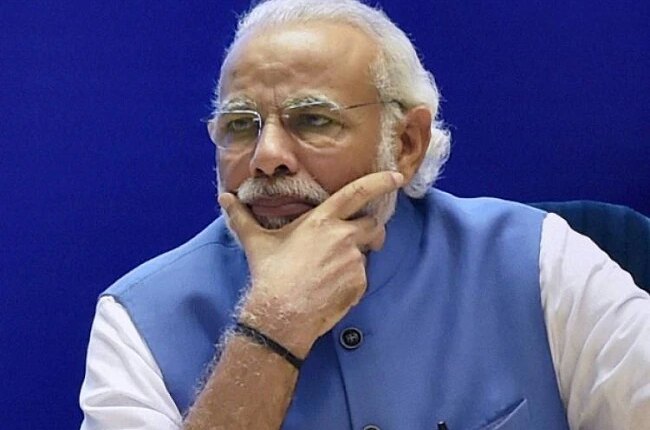 Shivsena Saamana On PM Narendra Modi: Shivsena’s mouthpiece Saamana has once again taken a dig at Prime Minister Narendra Modi. Atrocities and killings are happening on Pandits in Kashmir and PM Narendra Modi Celebrating 8 years of our government (8 Years Of PM Modi Tenure). It has been said in Saamana that the BJP and the owners of Delhi are sitting silent on the exodus of Hindus from Kashmir. On the deteriorating situation in Kashmir, it is written that by praising the surgical strike, the election was won but the government is silent on the atrocities being committed on Hindus there.

Talking on Target Killing, it is written in Saamana that Hindus are being killed in Kashmir, against which people are protesting on the streets, but those who celebrate the anniversary of power should not declare these people as traitors or pro-Pakistan.

Shiv Sena mouthpiece Saamana said that there is an outcry in Kashmir but the government felt that Modi and Shah are someone’s stick which will be rotated and the terrorists will disappear from the valley, but the opposite happened, the terrorists did not run away but only the Hindu public. She is seen running away from Kashmir. While questioning in Saamana, Shiv Sena has said who will protect Hindus in Kashmir.

BJP is a chemical

Attacking the BJP, Shiv Sena has said that this party is a strange chemical. Although these people keep talking with their throats on national or Hindutva issues, but when Hindutva really comes in trouble, then they are seen sitting silently with a lump of salt in their mouth. The BJP and the owners of Delhi are sitting silent on the killing session and exodus of Hindu Pandits in the Kashmir Valley. It is being said that Article 370 was removed from Kashmir, surgical strike on Pakistan, broke the back of terrorists, etc. But during the continuation of this bhajan-kirtan, the flame of fire broke out in the Kashmir Valley. It is astonishing that these festive people do not feel it. The surgical strike which is being praised, won the last election by cashing in on that surgical strike, but today the condition of Kashmir has worsened and the river of blood of Hindus is flowing there. Kashmiri Pandits are being killed. Hindus have started community exodus.

read this also: ‘The intoxication of power is dangerous…’, Shiv Sena attacked the center on the pretext of Tejinder Bagga, wrote in ‘Saamana’ – this is being seen from Mahabharata-Purana times