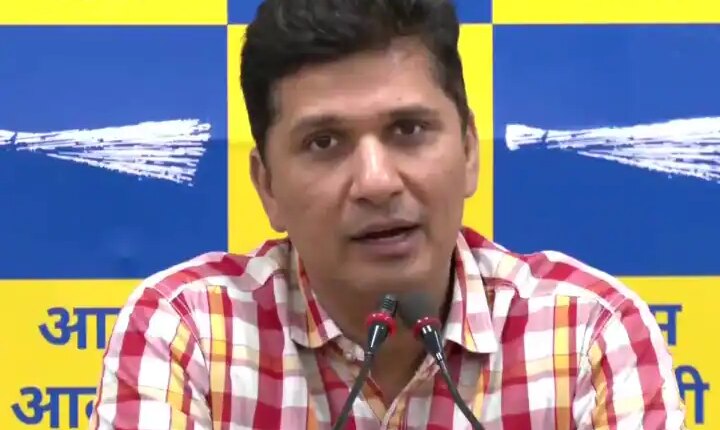 AAP MLA Saurabh Bhardwaj told that the seizure memo of the ED raid has been given to the wife and daughter of Satyendra Jain. In the memo, it was mentioned that various documents, a digital device and Rs 2,79,200 were recovered during the searches. However, they were not confiscated. The AAP leader said that Jain is in custody, before this CBI, Income Tax raids have been conducted. ED also searched till 2 pm. It was a failed raid.

He said that BJP has mastery in telling lies. At this time the respect of the Center and that of the ED is at stake. Anyway, due to BJP spokespersons, the country has been defamed in the international world. The honor of BJP is being auctioned. It was a dug mountain, it turned out that the mouse was also dead. He said that in a jeweler’s house only gold will be found on red, only money will be available. To save Fail Raid, properties named after different people are being linked to Satyendra Jain. Nothing was found at Satyendra Jain’s house. ED did not find any evidence in 7 years. BJP and ED are doing this for the purpose of defaming. But Raid failed.

Will Satyendra Jain be responsible if someone is caught in the locality? – Sanjay Singh

Satyendar Jain is in ED custody

Let us tell you that the Enforcement Directorate (ED) claims that on Monday, raids were conducted in the houses of Satyendar Jain, Poonam Jain and their associates and other persons in connection with the Hawala transaction related to Kolkata company. The Enforcement Directorate claimed that during the raids, the agency has found a cash amount of Rs 2.82 crore and 133 gold coins weighing 1.80 kg. Let us tell you that AAP leader and Delhi Health Minister Satyendar Jain was arrested on May 30 in a money laundering case. After this, on 31 May, the trial court sent Satyendra Jain to ED custody till 9 June.