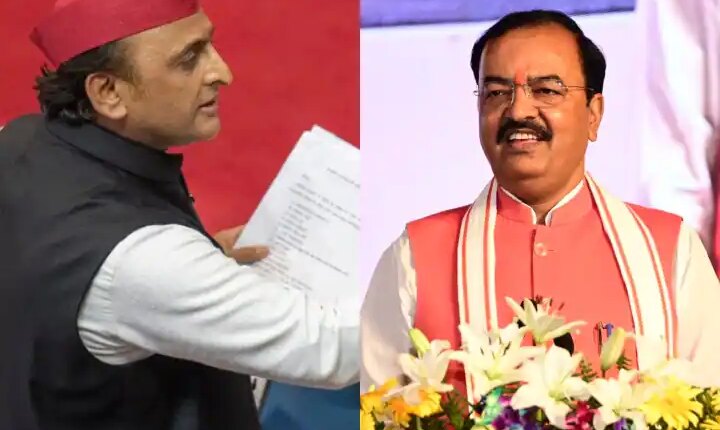 CM Yogi Watched Film Samrat Prithviraj: On the pretext of the film ‘Samrat Prithviraj’, there has been a tussle between UP Deputy CM Keshav Prasad Maurya and Samajwadi Party President Akhilesh Yadav. On Twitter, both have opened a front against each other. CM Yogi Adityanath (CM Yogi Adityanath) and some of his ministers saw this film in the auditorium built in the Chief Minister’s Office.

As soon as Akhilesh came to know about this, he tweeted that after watching the historical film, the cabinet is requested to also see the present condition of Uttar Pradesh. The present day bread cannot be made from the flour of history. Along with Bollywood star Akshay Kumar, CM Yogi and Deputy CM Keshav watched the film Prithviraj. As soon as he came out after watching, Yogi announced to make the film tax free.

What did former CM Akhilesh Yadav say on the film Samrat Prithviraj?
Akhilesh Yadav, sitting in the Samajwadi Party office, got information about this decision of the government. So he made another tweet that the BJP government’s cabinet is watching a historical film in the modern auditorium built by the SP government in Lok Bhavan. By the way, if the film is seen sitting behind, it looks better and even with tickets instead of free because it does not cause loss of revenue to the state.

The BJP government’s cabinet is watching a ‘historic’ film in the ‘modern’ auditorium built by the SP government in Lok Bhavan.

By the way, the film looks even better if viewed from the back and even with a ticket instead of free because it does not harm the revenue of the state. pic.twitter.com/X91Ltscf2g

The former Chief Minister of UP is worried that he got the Lok Bhawan built, but the people formed the BJP government in the elections. There has been a similar fight between the BJP and the Samajwadi Party regarding the expressway. Yogi remained silent on Akhilesh Yadav’s charge but Keshav Prasad Maurya retaliated.

Shri Akhilesh Yadav ji Your comment on the film Samrat Prithviraj is a sign of mental bankruptcy, you should clarify what you want to say about the attacker Mohammad Ghori,

Tweeting after watching the film, Maurya said that your comment on Shri Akhilesh Yadav ji film Samrat Prithviraj is a sign of your mental bankruptcy, you should clarify what the invader wants to say about Muhammad Ghori. It was a verbal war between the two leaders on the pretext of the film. But in the past, there was a heated argument between Akhilesh and Keshav inside the assembly. Even the matter reached the father.

Video: Fire broke out in chemical factory in Vadodara, many fire brigade vehicles on the spot