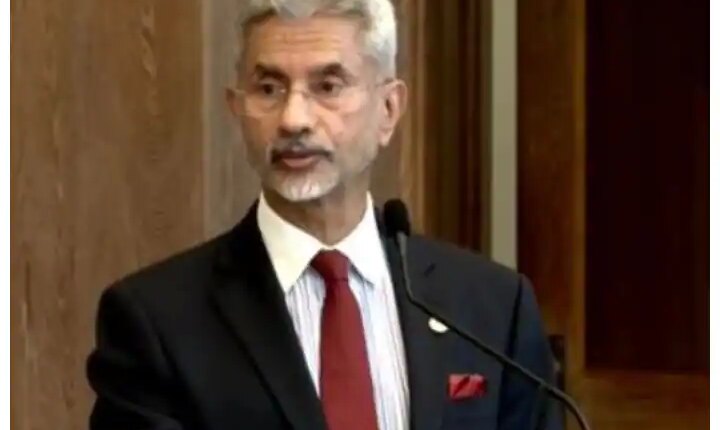 S Jaishankar Speaks to Canadian Foreign Minister: India’s External Affairs Minister S Jaishankar spoke to Canadian counterpart Melanie Jolie on the phone on Wednesday. During this, an important issue in the discussion was also the anti-India elements abusing the freedom found in Canada. According to External Affairs Minister Jaishankar, during the talks, he also discussed in detail the abuse of freedom rights and the encouragement given to extremist elements.

According to External Affairs Minister S Jaishankar, his discussion with the Canadian Foreign Minister discussed many important topics including strengthening bilateral ties, economic-political ties and the situation arising out of the Ukraine war. Dr Jaishankar’s phone conversation with the Canadian Foreign Minister assumes significance as Goldie Brar’s name and his Canada connections surfaced after the murder of Punjabi singer Sidhu Musewala.

Sidhu Musewala Punjab Police has prepared to issue a Red Corner Notice for the return of Goldie Brar, wanted in many cases including the murder of Sidhu Moose Wala. Earlier, Brar’s name was also registered in connection with the murder of Youth Congress leader Gurlal Singh of Faridkot. But he could not return from Canada.

India is negotiating in many cases of extradition

India is already negotiating several extradition cases with Canada. It includes many Khalistani terrorists and wanted accused in separatist activities. There is a mutual legal aid treaty between India and Canada. But due to the intricacies of the process, India has to struggle a lot in extradition of wanted criminals.

Monkeypox: WHO said – there may be undetected transmission of monkeypox for some time

Russia Ukraine War: How long will the Russia-Ukraine war last? US Secretary of State gave this big statement