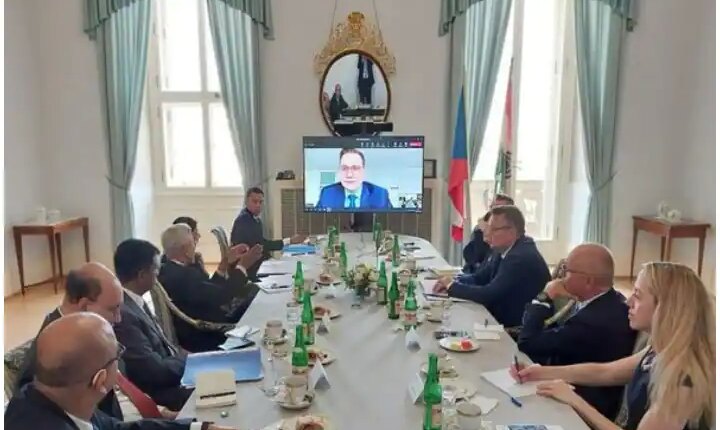 The Indian Foreign Minister, in the discussion with his counterpart from the Czech Republic, also emphasized on bilateral relations from increasing Indian partnership in the European Union. The two countries have discussed moving forward on continued progress in bilateral cooperation. Along with this, External Affairs Minister S Jaishankar has described the meeting with the Foreign Minister of Czech Republic Jan Lipavsky on his Twitter as very positive.

The Foreign Minister wrote in his tweet that ‘Czech Republic has taken over the presidency of the European Union, in such a situation it was discussed to take forward the India-EU partnership.’ Apart from this, in another tweet, the External Affairs Minister said that during the discussion, he focused on continuous development in bilateral cooperation including trade, defence, science and technology.

Along with this, S Jaishankar says that he has also discussed taking the trade level between the two countries beyond USD 2 billion. He told that during the discussion, the two foreign ministers discussed the consequences of the Indo-Pacific along with the Russo-Ukraine war.

Read also:
Uttarkashi Bus Accident: Passengers’ bus fell into a ditch in Uttarkashi, 25 people died in the accident so far

Uttarkashi Bus Accident: PM Modi expressed grief over the accident, announced compensation of Rs 2 lakh each to the kin of the dead