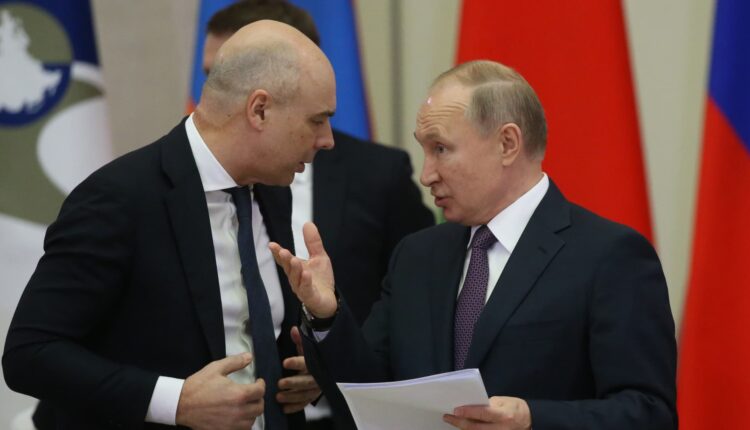 The country is exposed to a historic debt default after the U.S. Treasury Department on May 25 allowed a key sanctions exemption to expire. The waiver had allowed Russia to process payments to foreign bondholders in dollars through U.S. and international banks, thereby avoiding default.

On Friday, the Russian Finance Ministry wired $100 million in interest payments on two eurobonds in rubles to its domestic settlement house, but unless the money finds its way to the bank accounts of overseas bondholders, it may constitute a default.

The payments carry a 30-day grace period, after which Russia could be declared to have defaulted on its foreign currency debt for the first time since the Bolshevik Revolution in 1917, despite the Kremlin claiming to have ample cash to pay — an unprecedented situation for a major economy.

A further $2 billion in payments is due before the end of the year, though some of the bonds issued after 2014 are permitted to be paid in rubles or other alternative currencies, according to the contracts.

“As happens with paying for gas in roubles: we are credited with foreign currency, here it is exchanged for roubles on behalf of (the gas buyer), and this is how the payment takes place,” he said, according to a Reuters translation.

The settlement mechanism would operate in the same fashion, but in the opposite direction, and would be channeled through Russia’s National Settlement Depository, Siluanov suggested. The NSD, unlike other major Russian financial institutions, is not currently subject to U.S. sanctions.

However, the European Union on Friday imposed sanctions on the NSD, which was meant to process the bond payments, further complicating matters for Russia.

‘The rope is going to run out’

“I think that’s unlikely. You’re talking about international companies, U.S. banks, international banks, and this is pretty peripheral in the end,” he said.

“They’re not going to damage their reputation or give themselves compliance risks by going through this process for a couple of hundred million bucks. They don’t want to get caught by secondary sanctions from the Americans.”

Ash was also skeptical as to whether Russia’s plan would allow it to avoid being designated in default by ratings agencies and international bodies. He suggested that as all ruble payments will be blocked by the Treasury Department’s Office of Foreign Assets Control, foreign investors will not be paid.

“One way or another, the rope is going to run out for the Russians,” he said, adding that Russia may, in fact, already be in default, as two coupon payments on ruble-denominated OFZ bonds in early March have yet to reach bondholders.

There are also further questions as to how foreign investors, whether individuals or institutions, would go about opening accounts with Russian banks given the current sanctions, or how funds held with any Russian financial institution can be repatriated without violating sanctions. Bondholders may be unwilling to take that chance and prefer to stay on the right side of sanctions while going through legal default proceedings.

“Typically, bondholder consent is required to make any changes to the time, place or manner of payment, so non-participating holders may still have potential claims,” Adam Solowsky, partner at the financial industry group of international law firm Reed Smith, told CNBC on Friday.

However, when asked if there would be a broader contagion effect if Russia is eventually declared in default, Ash said the impact would be limited compared with the Russian financial crisis in 1998.

“In ’98, there was $60 billion of foreign exposure in the GKO (Russian short-term zero-coupon government bonds) market and there was probably about the same in the external debt market, so that was a bigger event,” he said.

Once Russia enters default, it could remain there for a long time. That’s because of the nature of the sanctions and the lack of an imminent resolution to the war in Ukraine. Ash suggested this is why the Kremlin is fighting the designation.

“The Americans have said ‘we want Russia to go into default’ so they can only come out of default when America says ‘we’re happy now, you can negotiate with bondholders, all is forgiven’ — so it will remain in default for a long time, so it’s very, very bad for Russia, bottom line,” he said.

“While they’re not in default, there is a chance of someone lending to them, like the Chinese. Once they’re in default, it changes everything. Even the Chinese would be reluctant.”