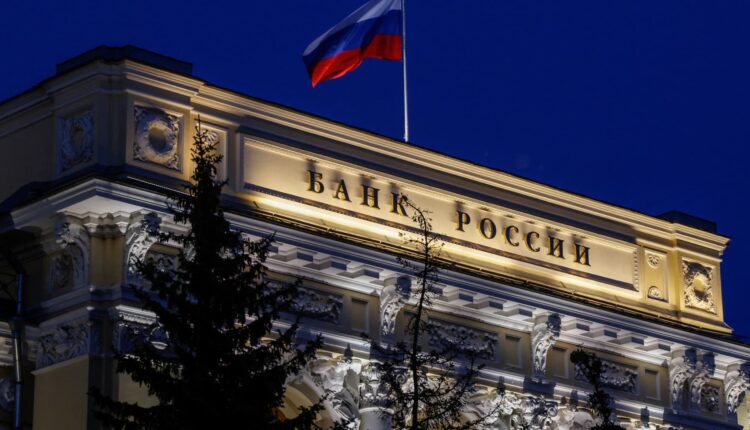 National flag flies over the Russian Central Bank headquarters in Moscow, Russia May 27, 2022.

The Central Bank of Russia on Friday cut its key interest rate by 150 basis points to 9.5% — the level it was at when Russia’s invasion of Ukraine began.

Although acknowledging that the external environment for the Russian economy remains “challenging and significantly restrains economic activity,” the central bank’s board said in a statement that “inflation is slowing faster and the decline in economic activity is of a smaller magnitude” than it expected in April.

“Recent data suggest that price growth rates in May and early June have been low. This comes as a result of ruble exchange rate movements and the tailing-off of the surge in consumer demand in the context of a marked decline in inflation expectations of households and businesses,” the CBR said.

It marks the fourth rate cut since an emergency hike from 9.5% to 20% in late February, following Russia’s invasion of Ukraine. It was last reduced from 14% to 11% at an extraordinary meeting in late May.

Russian inflation slowed to an annual 17.1% in May from 17.83% in April, which was its highest level since January 2002, indicating that the immediate inflationary shock from the war in Ukraine and resulting international sanctions may have peaked.

Meanwhile, the ruble survived a plunge to historic lows against the dollar following the invasion to become the world’s best-performing fiat currency, though economists are skeptical about the sustainability of the rally.

The CBR said it will continue to take into account inflation dynamics and the “economic transformation process” implemented in an effort to mitigate the long-term damage from Western sanctions.

“Overall, the actual decrease in economic activity in 2022 Q2 is less pronounced than the Bank of Russia assumed in its April baseline scenario. Given the above, the Bank of Russia estimates that the 2022 GDP decline could be lower than forecast in April,” the CBR said.

The bank’s next rate decision meeting will take place on July 22.