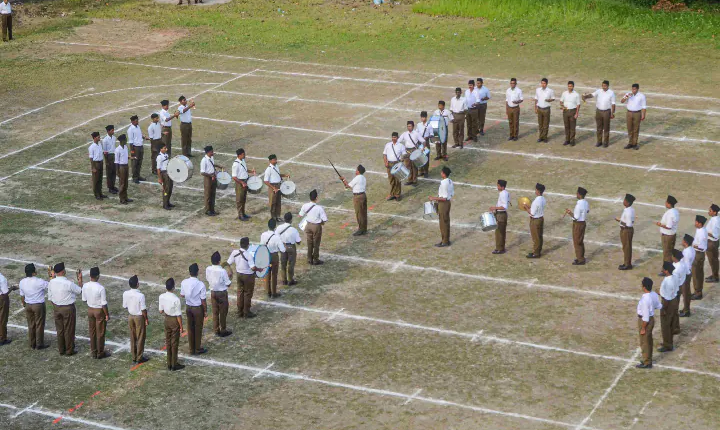 Bomb Blast Threats To RSS: The Rashtriya Swayamsevak Sangh’s office has been threatened with a bomb. After this matter came to light, an FIR has been registered in Lucknow. A case has been registered at the Madiyav police station in Lucknow on the complaint of an employee of the union office. It has been told in the Tahrir that there was a threat to blow up the union office of Lucknow and Unnao at 8:00 pm on Monday through WhatsApp. The threat was made through a link sent on WhatsApp. At present, the police have started investigation by registering a case.

It is worth noting that this threat has been given at a time when Nupur Sharma is facing all-round protest after controversial remarks on Prophet Mohammad. However, it has been said from BJP that they respect all religions. Along with this, while taking action, the party has suspended Nupur Sharma on one side and on the other hand Naveen Jindal has been shown the way out of the party.

Threatening letter to Salman Khan too

Earlier, Mumbai Police on Monday recorded the statement of Bollywood actor Salman Khan’s father Salim Khan, who had received a letter a day earlier that the father-son duo will face the same fate as that of Punjabi singer Sidhu Musewala. Police could not record the actor’s statement as he was not available after visiting Salman Khan’s house in Bandra and increasing security around the house, an official said.

News agency PTI quoted a police source as saying, “Salim Khan, Salman Khan very soon your fate will be like Moosewala GB. lb…” There is speculation that ‘G. B’ and ‘L. B.’ Mention the infamous accused Goldie Brar and Lawrence Bishnoi. However, the police did not give any statement on this aspect.

punjabi singer Sidhu Musewala was murdered by unidentified assailants in Punjab’s Mansa district last month. According to the local police, Lawrence Bishnoi could have been involved in the gang murder. Mumbai Police Commissioner Sanjay Pandey said he has taken “seriously” the threatening letter received by Bollywood actor Salman Khan.

read this also: UP Politics: Sadhvi Prachi came out in support of Nupur Sharma, said – she is getting punished for speaking the truth

More Asian countries are getting in on the trend