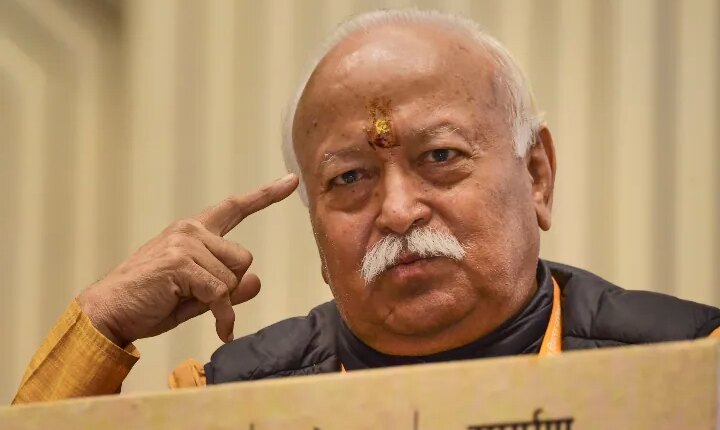 Mohan Bhagwat on Gyanvapi Row: Gyanvapi Mosque After the controversy, a debate broke out about all the religious places and monuments in the country, the situation is that many new claims are being made every day. A big statement came out from Rashtriya Swayamsevak Sangh (RSS) chief Mohan Bhagwat regarding this controversy. In which he termed these controversies as useless and said that it is not right to see Shivling in every mosque. During this, Mohan Bhagwat also made it clear that after the Ram temple, such a movement will not be started for any religious place.

‘The way should be found together’
Mohan Bhagwat said at the RSS headquarters in Nagpur that, on November 9, we had said that there was a Ram Janmabhoomi movement, in which we joined for some historical reason against our instincts, we completed that work. Now we don’t have to do any agitation etc. But issues arise in the minds of the people. They are not against anyone. Muslims should not consider it against themselves, Hindus should not believe it either. It is a good thing, if there is such a thing, then sit together and find a way out with agreement.

Muslims descendants of their own ancestors – Bhagwat
Addressing the concluding ceremony of an organization’s program in Nagpur, Bhagwat said Hindus should understand that Muslims are the descendants of their own ancestors and are their “brothers by blood relation”. The Sangh chief said, ‘If they want to come back, they will welcome them with open arms. If they don’t want to come back, it doesn’t matter, already we have 33 crore deities, some more will be added… Everyone is following their religion.’

Rajasthan Rajya Sabha Election: Congress was alerted if the screw got stuck in the third seat of Rajya Sabha, took this big step