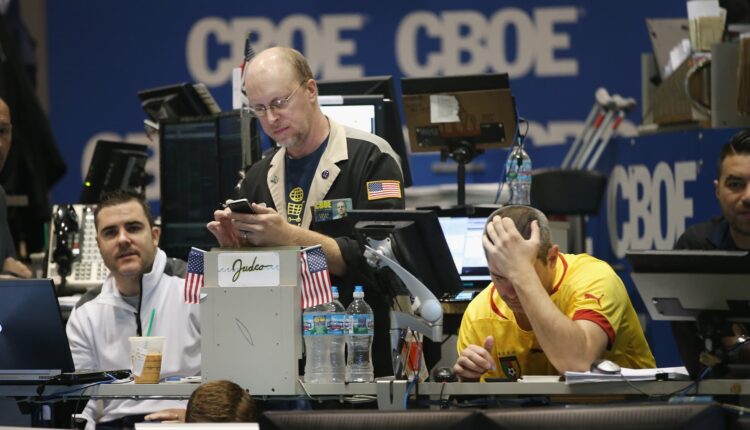 0
Share
Market watchers have been mixed on if, and when, a recession is on the horizon, but hedge fund manager Dan Niles said it is clear that the U.S. economy is headed for one. The U.S. economy has been plagued by a confluence of decades-high inflation and what many expect to be an aggressive rate hike cycle. Meanwhile, most of the U.S. has been seeing just “slight or modest” economic growth over the past two months or so, according to the Federal Reserve’s Beige Book report released last week. A slew of corporate leaders has also added to the chorus of recession warnings lately. JPMorgan Chase CEO Jamie Dimon on Wednesday warned of an “economic hurricane” — an about-turn from his comments just a week ago that “storm clouds” over the economy may dissipate — while Citigroup CEO Jane Fraser said on Friday that the U.S. will have difficulty avoiding a recession. But Niles’ warning goes even further. “We’ve never been able to avoid a recession when oil prices have more than doubled versus the prior two-year average. The prior two-year average is $54 a barrel, and right now oil is over $110 [a barrel]. It pushed over $120 at one point. So, if you’re betting that there’s no recession, you’re really fighting the odds,” he told CNBC on Thursday. Investors got a slight reprieve from a painful sell-off as the S & P 500 jumped 6.5% in the closing week of May, snapping a seven-week losing streak and posting its best week since November 2020. But the bear market rally was short-lived as all three major U.S. indexes closed off the first week of June in negative territory. But Niles believes the Fed’s delay in recognizing and confronting inflation means the worst is yet to come. “From a valuation perspective, right now the trailing P/E on the S & P 500 is about 20 times. When you have CPI above 5%, the average was 12 times. Even when CPI is above 3%, the average trailing P/E was 15 times so that’s why we feel like the S & P 500 is still going to go down [another 30% to 50%].” The price-to-earnings ratio, a metric used by analysts and investors to value a stock, measures the current share price relative to its earnings per share . A high P/E could mean that a stock’s price is high relative to earnings and possibly overvalued. Conversely, a low P/E might indicate that the current stock price is low relative to earnings. The P/E can also show how a stock’s valuation compares to its industry group or a benchmark like the S & P 500 index. “Before this is all done, at some point in 2023, when we’re staring down the face of a recession, combined with high inflation and a Fed that’s forced to still be aggressive despite that, much like what you saw in the 70s and early 80s. And that unfortunately, is where we are because we waited for so long to deal with inflation in the first place,” he added. Read more Hedge fund manager Dan Niles explains why we are still in a bear market rally These ‘margin leader’ stocks have strength in a recession, Jefferies says Wall Street veterans offer 3 trading strategies for investors worried about a recession ‘Don’t fight the Fed’ Niles’ advice to investors looking to trade the looming recession? “You don’t want to lose sight of the big picture and the big picture right now is don’t fight the Fed … right now, with inflation where it is, they’re your biggest enemy … and that ties into the second part, which is you do have a hurricane coming in terms of fundamentals and you don’t want to fight the fundamentals either because you’ve already gotten a negative GDP print in the first quarter,” he said. “Don’t fight the Fed” is an investing manta where investors align their investments with the current monetary policies of the Fed rather than against them. This theory suggests that investors should invest more aggressively when the Fed is lowering rates but be more conservative when the Fed is hiking rates. Despite the specter of a recession, Niles believes consumer spending, particularly from “higher-end” consumers will remain resilient. He noted that the first-quarter earnings season highlighted “huge problems” for “low-end” retailers such as Walmart and Target, but higher-end retailers all did “pretty well.” U.S. retailers reported a mixed bag of first-quarter results last month, with the likes of Walmart and Target missing earnings estimates and warning of further inflationary pressures ahead. Others, such as Macy’s , Nordstrom , Olaplex , Ralph Lauren and Capri Holdings fared better as they beat Wall Street estimates. Reopening trades Niles pointed to the pandemic-induced stimulus introduced by the U.S. government, that he said has led to about $2.5 trillion of excess savings that consumers are likely to spend on services and reopening themes. “So that $2.5 trillion is going to get spent, but it’s going to get spent more on things like going out to the movies, for example. I think you’re going to see a big shift in spending from goods to services, and also from pandemic beneficiaries like Netflix to vacation, travel and leisure spending, hotels and airlines vacation spots etc. Those are two big themes that I think will make it,” he said. To be sure, Niles is not expecting these sectors to emerge unscathed when a recession strikes. “If you go into a really nasty recession, they are going to feel it too, but I think this time they’ll feel it less than in the past because of the spending show,” he added.

Market volatility has been on the rise on the back of soaring inflation, geopolitical tensions and rising recession risks. But some Wall Street banks have a raft of stock picks to navigate this challenging backdrop.

Market watchers have been mixed on if, and when, a recession is on the horizon, but hedge fund manager Dan Niles said it is clear that the U.S. economy is headed for one.