Remarks On Prophet Mohammad: ‘Focus On The Safety Of Minorities Here’, India’s Befitting Reply To Pakistan 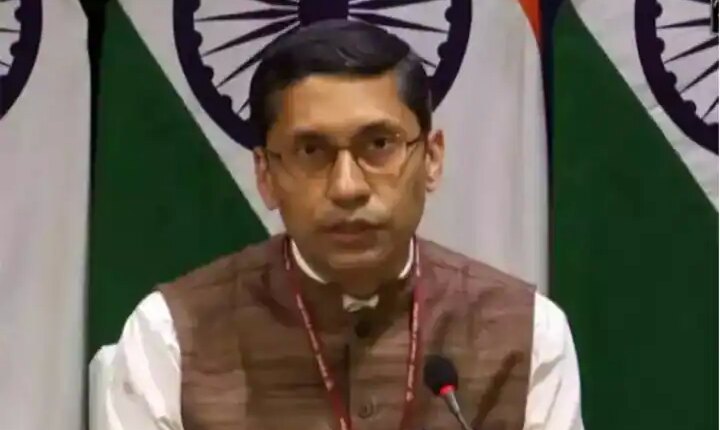 Remarks on Prophet Muhammad: India on Monday rejected the statements of the Pakistan Prime Minister and the Ministry of External Affairs on the alleged controversial remarks of two Bharatiya Janata Party (BJP) leaders against Prophet Mohammad. New Delhi said that the Indian government has respect for all religions and the neighboring country should pay attention to the safety and well-being of its minorities.

On media queries in this regard, Ministry of External Affairs Spokesperson Arindam Bagchi (Foreign Ministry spokesperson Arvind Bagchi Said that it is not acceptable to anyone to comment on the treatment of minorities in another country by one country, which continuously violates the rights of minorities. He said that the world has been witness to the systematic persecution of Hindus, Sikhs, Christians, Ahmadiyya and other minority communities in Pakistan.

Fundamentalists are appreciated in Pakistan

Bagchi said that the Indian government holds the highest regard for all religions, while in Pakistan fundamentalists are appreciated and monuments are built in their honor. The spokesman said that we ask Pakistan to focus on the safety and well-being of the minority communities in India instead of engaging in fear-mongering propaganda and trying to disturb communal harmony in India.

Pakistan made this allegation

Pakistan Prime Minister Shahbaz Sharif on Sunday condemned the alleged controversial remarks made by BJP leaders against Prophet Mohammad. The Pakistani Prime Minister had alleged that the present government of India was crushing religious freedom and the rights of Muslims in particular. Pakistan had summoned the in-charge of the Indian High Commission on Monday morning to register its protest against these controversial remarks.