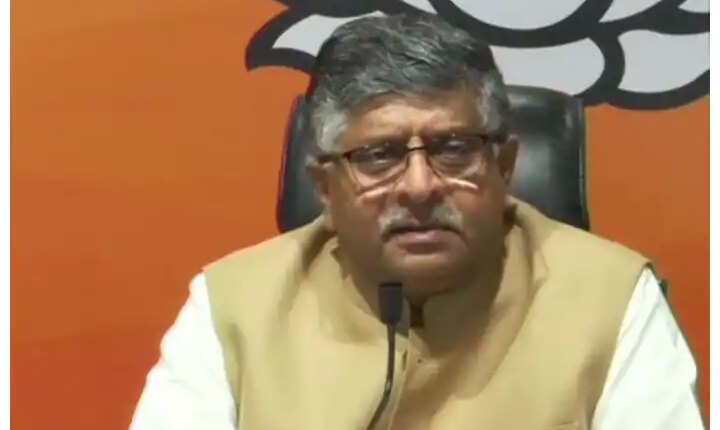 Ravi Shankar Prasad on Russia Ukraine War: Former Union Minister and BJP MP Ravi Shankar Prasad has claimed that Prime Minister Narendra Modi had stopped the war between Russia and Ukraine for 3 hours. BJP MP from Patliputra Ravi Shankar Prasad said that PM Modi had spoken to Russian President Putin and Ukrainian President Zelensky to get the students of India out of Ukraine. There was a three-hour ceasefire between the two countries to evacuate Indian students. Earlier, the government had rejected such claims regarding ceasefire, but now once again the BJP MP has made this claim.

Former Union Law Minister and senior BJP leader Ravi Shankar Prasad claimed that Prime Minister Narendra Modi had managed to stop the Russo-Ukraine war for three hours to provide safe passage to Indian medical students stranded in the conflict zone. Talking to media persons on Friday, Ravi Shankar Prasad said that the incident took place when the war was at its peak and a large number of Indian medical students were stuck in Ukraine.

Did PM Modi stop the war in Ukraine for 3 hours?

Ravi Shankar Prasad said that it was a big challenge for the Indian government to rescue the medical students trapped in Ukraine due to the war. When PM Modi asked India’s high commissioners in Ukraine and Russia about the evacuation plan, they said it is possible only if there is a ceasefire. Following their suggestions, the PM spoke to Russian President Vladimir Putin and his Ukrainian counterpart Volodymyr Zelensky to stop the war so that Indian medical students can be evacuated from the affected areas.

What is Ravi Shankar Prasad’s claim?

Ravi Shankar Prasad said that the PM had told the leaders that he would not leave his children in the war zone. After their talks, the battle was halted for three hours to give safe passage to the Indian students. This is our prime minister in the world Narendra Modi is the situation. Let us tell you that even before this news was in the news in the media that the Government of India had stopped the Russo-Ukraine war for a few hours to bring out the students trapped in Ukraine, but on March 3, the Ministry of External Affairs denied this news. Did that Russia had stopped the war to evacuate the Indians.

The Ministry of External Affairs had earlier denied the news

During that time it was reported everywhere in the media that Russia had stopped the war for 6 hours to evacuate the Indian students trapped in Kharkiv. Rejecting the news, the Ministry of External Affairs said that it is not that the war stopped on our request. Significantly, after the war broke out between Russia and Ukraine on 24 February, a large number of Indian medical students were trapped in many other cities including Kyiv, Kharkiv, Mariupol.

Rahul Gandhi Attack: ‘Keeping the address of the house to Lok Kalyan Marg does not benefit the people’ – Rahul Gandhi takes a dig at Modi government