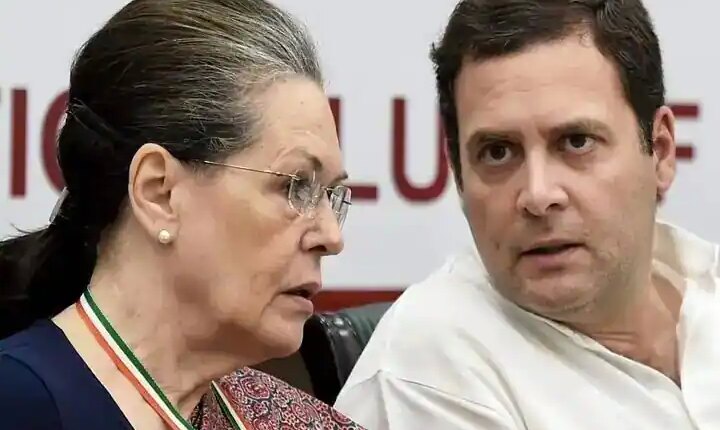 Rajya Sabha Elections 2022: 41 candidates have been declared elected unopposed for the Upper House of Parliament i.e. Rajya Sabha. In such a situation, voting will be held on the remaining 16 seats on June 10 and the winners will also be declared on the same day. Among the 41 candidates declared elected unopposed are Congress’s P Chidambaram and Rajiv Shukla, BJP’s Sumitra Valmiki and Kavita Patidar, former Congress leader Kapil Sibal, Rashtriya Janata Dal’s Misa Bharti and Rashtriya Lok Dal’s Jayant Chaudhary. Rajya Sabha elections are proving difficult for the Congress. In a state like Rajasthan, where Congress is in power, Mayawati’s BSP has created trouble for the party. Same is the case with Haryana also.

BSP increased the troubles of Congress in Rajasthan!

The Rajasthan unit of Bahujan Samaj Party (BSP) has issued a whip asking six MLAs to cast their votes in the Rajya Sabha elections to independent candidate Subhash Chandra, who won the election on the party’s symbol, but later joined the Congress. Were. BSP state president Bhagwan Singh Baba issued a whip saying that the six MLAs who won the 2018 assembly elections on the BSP’s symbol “are bound to act according to the party whip”. No, therefore opposes their candidates. These six MLAs include Rajendra Gudha, Lakhan Meena, Deependra Kheria, Sandeep Yadav, Joginder Awana, and Wajib Ali. Elections will be held for four Rajya Sabha seats from Rajasthan.

Kuldeep Bishnoi spoils the math of Congress in Haryana

In Haryana, a counter-attack has started between Congress Legislature Party leader Bhupinder Singh Hooda and angry Congress MLA Kuldeep Vishnoi. From the Congress high command to the Rajya Sabha candidate from Haryana, Ajay Maken is trying to convince Vishnoi. The matter of concern for Congress is that a candidate needs 31 votes to go to Rajya Sabha from Haryana and Congress has only 31 MLAs. To avoid cross voting, Congress has sent all its MLAs to Raipur. Ajay Maken himself is trying to believe in Vishnoi. It is being hoped that if Rahul Gandhi meets Vishnoi, then things can be done. The victory of the BJP candidate in a Rajya Sabha seat in Haryana is certain. In the second seat, Ajay Maken of Congress is pitted against independent Karthikeya Sharma, who has the support of JJP and BJP. Vishnoi has kept suspense regarding his vote. Recently he had said that he would vote on the voice of his conscience.

understand the game of karnataka

Six candidates are in the fray for four Rajya Sabha seats from Karnataka. There will be a close fight for the fourth seat. Despite not having enough votes to win the fourth seat, all the three political parties of the state BJP, Congress and Janata Dal (Secular) have fielded candidates for this seat. Former Union Minister Jairam Ramesh and State General Secretary Mansoor Ali Khan and former JD(S) MP D Kupendra Reddy are included from the Congress. Interestingly, despite JD(S) seeking support to ensure Reddy’s election, the Congress did not withdraw the nomination papers and issued a whip to all its MLAs to vote for the party’s candidates. The JDS has sought the support of the Congress by calling for secularism and keeping communal forces at bay. It is said that party chief HD Deve Gowda had also discussed with Congress President Sonia Gandhi in this regard. The announcement of Khan’s name as the party’s second candidate is a surprise move by the Congress, as it has enough votes to win just one seat.

From which states were 41 candidates elected unopposed?

All 11 candidates were elected in Uttar Pradesh, six in Tamil Nadu, five in Bihar, four in Andhra Pradesh, three each in Madhya Pradesh and Odisha, two each in Chhattisgarh, Punjab, Telangana and Jharkhand and one in Uttarakhand. . Of the 41 candidates declared elected unopposed, 14 are from BJP, four each from Congress and YSR Congress. Three each from Dravida Munnetra Kazhagam and Biju Janata Dal, two each from Aam Aadmi Party, RJD, Telangana Rashtra Samithi, AIADMK, one each from JMM, JD(U), SP and RLD and independent Kapil Sibal.

Corona in India: The graph of corona is increasing again in India – such cases increased in the last 10 days, these 5 states are more at risk