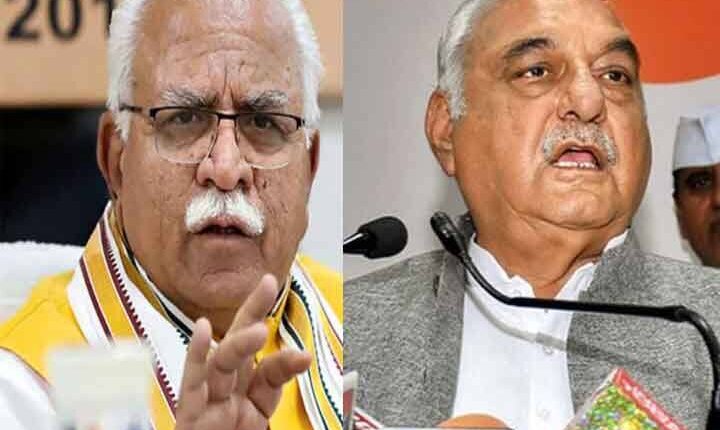 In the 7 Star Resort Sukh Villas in Mohali, adjacent to Chandigarh, the arrival of the vehicles of the leaders of Haryana has increased for two days. In this luxurious resort of Sukhbir Badal built in the lap of Shivalik hills, the strategy of Rajya Sabha elections is being decided nowadays. Haryana Deputy CM Dushyant Chautala’s party Jannayak Janata Party has 10 MLAs and everyone is getting 7 star hospitality these days. Party Chief Dushyant Chautala is visiting 7 Star Resort to take stock of there is no action from other parties.

BJP needs JJP in the Rajya Sabha of the assembly
With the support of JJP, the Khattar government of BJP reached the throne of power for the second time in Haryana. In the 2019 assembly elections, BJP got 40 seats and Congress 31. BJP could not touch the magic figure figure in the 90-seat Haryana assembly. When JJP supported BJP with 10 seats, Khattar became the CM and Dushyant Chautala became the deputy CM. BJP wants to spoil the game of Congress candidate Ajay Maken, so in Rajya Sabha also BJP needs the support of Jannayak Janata Party.

Ajay Maken needs 30 votes for Rajya Sabha. Congress has 31 MLAs. In such a situation, if there is no cross voting or if an MLA is intentionally absent, then Ajay Maken has the right numbers to go to the Rajya Sabha. But many times the MLAs of the party, while casting their votes, deliberately do such an act on the ballot paper that there is every possibility of their vote being canceled. To avoid this game of opposition parties, 7 star mood swings of MLAs are happening.

assembly maths
There are total 90 seats in Haryana Vidhan Sabha. Of these, BJP has 40, Congress has 31, JJP has 10 and others have 09 seats.

Karthikeya Sharma vs Ajay Maken
BJP candidate Krishan Lal Panwar will easily get 31 votes out of 40. That’s why no one can stop his way to Rajya Sabha. Political maneuvering is for the second seat where there will be a contest between Ajay Maken of Congress and Kartikeya Sharma, younger brother of Jessica Lal murder case convict Manu Sharma.

Karthikeya has the support of BJP and JJP. After going 31 seats in Panwar’s account, BJP will be left with 9, JJP joining this number is 19 and out of the remaining 9 other MLAs, 7 can vote in favor of Karthikeya to keep BJP happy. The stand of independent MLAs of Meham, Balraj Kundu and Abhay Chautala is still out of the political arena.

Mistake in Valet Paper can spoil Maken’s game
Karthikeya will get 26 votes even with the support of 7 MLAs out of 9, while Ajay Maken will prevail over him with 30 votes. So the real game will be of defects in the valet paper. Ajay Maken’s road to Rajya Sabha can be difficult if there is a discrepancy in the valet paper.

Congress showed wisdom
By tonight, Congress MLAs will also return from Chhattisgarh to Chandigarh. Haryana Congress leader and national spokesperson Randeep Surjewala did well, who chose to go to Rajya Sabha from Rajasthan instead of Haryana. If the situation of Maken had been for Surjewala, then the Haryana Congress could destroy his dream of Rajya Sabha. Perhaps the party high command, sensing the same danger, has swapped Ajay Maken and Surjewala.

Rajya Sabha Election: The siege of Congress MLAs has not ended, after Udaipur, will now camp in Jaipur