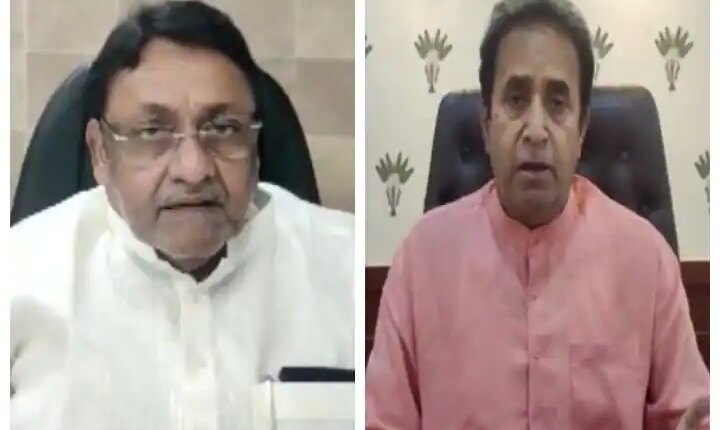 Mumbai Court Hearing on Anil Deshmukh and Nawab Malik Voting Plea: Hearing on the petition of Anil Deshmukh and Nawab Malik regarding voting in the Rajya Sabha elections was held in a court in Mumbai today. Senior advocate Amit Desai argued in favor of Nawab Malik. Senior advocate Abad Ponda appeared in the court to argue in favor of Anil Deshmukh. ASG Anil Singh argued on behalf of the Enforcement Directorate i.e. ED. Nawab Malik’s lawyer Amit Desai said that due to corruption, disqualification arises from voting. I agree to deny my bail if convicted by the court but in my case, Nawab Malik has not been convicted.

Advocate Amit Desai, appearing in the court, said that Nawab Malik should be allowed to perform his duty. Should be allowed to perform duty towards the public. The same senior advocate Aabad Ponda appeared for Anil Deshmukh and said that as per the logic of Enforcement Directorate one cannot vote if a person is in custody but it is not applicable for all the cases but for some cases.

Senior advocate Amit Desai, appearing in the court, said that Nawab Malik should be allowed to perform his duty. He said that I agree to deny my bail if convicted by the court but in my case, Nawab Malik has not been convicted. Nawab Malik is the sitting MLA and is still a cabinet minister. The court should not become a ground for deprivation of the right to vote.

Nawab Malik’s lawyer Amit Desai said that the petition which has been filed is for June 10 and that too for a limited time to vote for a few hours. ED has given a short reply to oppose our application. If seen technically, he is in the hospital, not in jail. He further said that my issue is about biennial elections, not general elections. If a person is in jail, he cannot vote. I (Nawab Malik) am in the hospital, and so I am saying, give me an escort and I will go and vote. Court can use its discretion.

What arguments did Anil Deshmukh’s lawyer give?

After completion of Amit Desai’s talk, Abad Ponda, a lawyer for Anil Deshmukh, presented the case in front of the court. As per the logic of ED, if a person is in custody then one cannot vote. But it does not apply to all cases but to certain categories. Certain conditions may be imposed. Give me bail under section 45 of PMLA or release me for a day. Or free me from imprisonment with escorts. Let us inform that the Enforcement Directorate (ED) has opposed this saying that the prisoners have no right to vote.

Car drives into a crowd in Berlin, at least one dead and a dozen injured