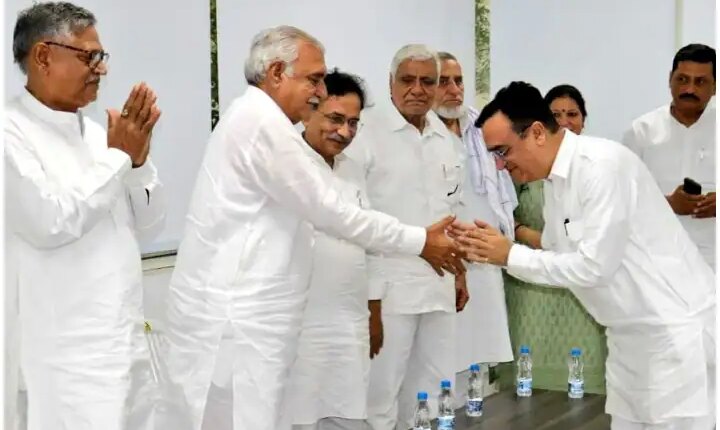 Rajya Sabha Election 2022: Votes for the Rajya Sabha elections will be cast on June 10. But before that, equations are seen being made and deteriorating in all the states. Especially in Haryana, the matter seems to be stuck. Here the Congress has to somehow keep its MLAs united, because if even a single vote falls short, the seat may have to be lost. Due to which the preparations have started to shift the MLAs from Haryana to Chhattisgarh.

Congress’s troubles increased by the third candidate
The fear of cross voting is haunting the Congress in Haryana. Because the picture that is being made here is very interesting. This situation has arisen because in the elections to be held on two seats, three candidates have entered the fray. Krishan Lal Panwar has filed nomination from BJP, while Congress has nominated Ajay Maken as its candidate. But Kartikeya Sharma, son of former Congress leader Vinod Sharma, made the election interesting by filing his nomination as an independent candidate. Sharma has the support of the BJP and its ally JJP.

In Haryana, any candidate needs 31 first preference votes to win. At the same time, Congress also has the same number of MLAs. On the other hand, BJP has 41 MLAs and 10 MLAs are with ally JJP. BJP also has the support of 6 independent MLAs. In such a situation, if the MLAs leave the Congress, then the Rajya Sabha seat can get out of hand. One seat of BJP is fixed, while on the other seat there is a close fight between Ajay Maken and Kartikeya Sharma.

Interesting competition in Rajasthan too
That is why now the Congress fears that MLAs may cross-voting during the Rajya Sabha elections to be held in Haryana. Party MLA Kuldeep Bishnoi is already running angry, in such a situation, Congress does not want to take any kind of risk. Apart from Haryana, the fear of cross-voting is also haunting in Rajasthan, where Essel Group chairman Subhash Chandra’s entry as an independent has made the contest interesting. BJP has supported Subhash Chandra and now the possibility of cross voting in Congress has deepened. Congress has started accusing BJP of horse-trading from now on.

Rajya Sabha Election: Which leaders angry over the distribution of Rajya Sabha ticket in Congress can say goodbye to the party? Learn