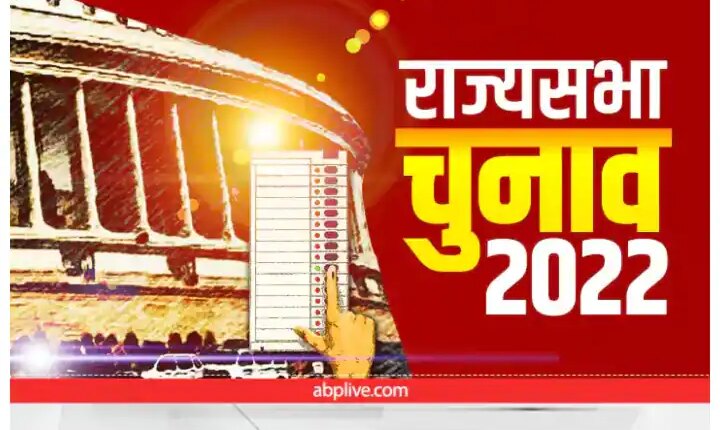 Rajasthan Rajya Sabha Election 2022: The stir among the political parties regarding the Rajya Sabha elections has intensified. The season of fencing has come again in Rajasthan. Due to the elections to be held on four seats of the Rajya Sabha, the MLAs are going to get the opportunity of seven-star hospitality once. Not only Rajasthan but this time the Congress MLAs of Haryana are also going to get a chance of Rajasthani hospitality. Let’s start the talk with the fencing of the Congress MLAs of Rajasthan. Its direct credit will go to independent candidate Subhash Chandra. Subhash Chandra, by filling the form as an independent candidate supported by BJP, on the last day of nomination, not only made voting compulsory in four seats but also created a stir in the Congress camp.

In Rajasthan, Congress has fielded candidates on three out of four seats. Thinking that the party has enough jugaad of 41-41-41 votes of first preference to all three. BJP is sure to get one seat in the state, so it fielded a candidate. But suddenly BJP changed its strategy and instead of giving speech over to Congress in all three seats, it fielded independent Subhash Chandra. Due to this move of BJP, there was a tremendous stir in the Congress camp and all the party leaders including CM Ashok Gehlot were surrounded by the apprehension of breach of their votes.

Then came the season of fencing of MLAs!

Subhash Chandra has three votes of RLP besides BJP’s surplus thirty votes. Now for the remaining eight votes, he himself and the BJP have also started making efforts. The Congress party was afraid, so now it has decided to barricade the Congress and all the MLAs who are supporting the government. Congress’s two-day camp started on Wednesday at a five-star hotel in Jaipur. This camp will end on Thursday and from here all the party and supporting MLAs will be sent to Udaipur.

Congress MLA will be guest in Udaipur hotel

All these MLAs will be guests in the same hotel in Udaipur where Congress leaders had a contemplation meeting in the past. Now the plan is that on June 10, all the MLAs will be brought directly from Udaipur for voting in the assembly. The fear of sabotage of MLAs is troubling the Congress government so much that now all measures are being taken to please everyone. For that, the Gehlot government lifted the ban on transfers for eight months overnight so that the legislators could get the personnel of their choice posted at the desired place. Not only this, efforts have also started to remove the displeasure of each and every MLA.

Congress MLA from Dungarpur, Ganesh Ghoghra was so angry with the local administration that he resigned from his post. To remove their displeasure, the government on Tuesday transferred all the officers of Dungarpur with whom Ghoghra was angry. Under this, five administrative officers have been removed from there. This was the talk of Rajasthan Congress. Now news of fencing of Haryana Congress MLAs is also coming. In fact, Ajay Maken, the Congress in-charge of Rajasthan, is contesting the Rajya Sabha elections from Haryana this time.

Along with Congress, BJP will also barricade its MLAs?

In view of the Rajya Sabha Election 2022 (Rajya Sabha Election 2022:), it is now being said that all the Congress MLAs of Haryana are going to be the guests of Rajasthan Government for the fencing. All these MLAs will be kept in a hotel in Jaipur till the Rajya Sabha voting. There is also information about the fencing of Rajasthan BJP MLAs between these two barricades. BJP is going to fence its MLAs in the name of training. According to the party’s state president Satish Poonia, the date and place are yet to be decided.