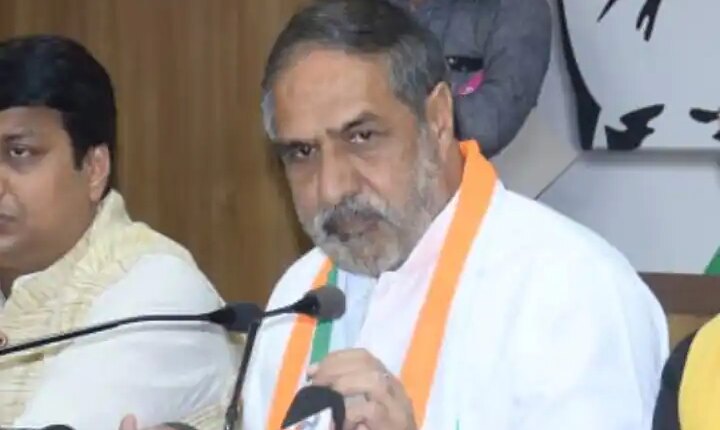 Rajya Sabha Election: Congress leader Anand Sharma has dismissed the speculation of meeting BJP President JP Nadda and joining BJP. He said that rumors are being spread about him joining BJP but it is wrong and political mischief.

Such possibilities were fueled from the BJP camp that Anand Sharma, who is already dissatisfied with the party, may switch sides after falling behind in the Rajya Sabha race. Even though Anand Sharma is refusing to join the BJP, but according to sources close to him, Sharma is deeply hurt by the decision of the Congress leadership.

According to sources, in the coming days, Anand Sharma can reveal his further strategy by holding a press conference. Anand Sharma heads the Congress’s steering committee for the Himachal Pradesh assembly elections to be held a few months later.

After the Udaipur Chintan Shivir, Congress President Sonia Gandhi formed an eight-member Political Affairs Committee to take top level decisions, in which Anand Sharma along with Ghulam Nabi Azad also got a place. Rahul Gandhi is also on this committee.

Video: Prashant Kishor with folded hands said, will not work with Congress because…