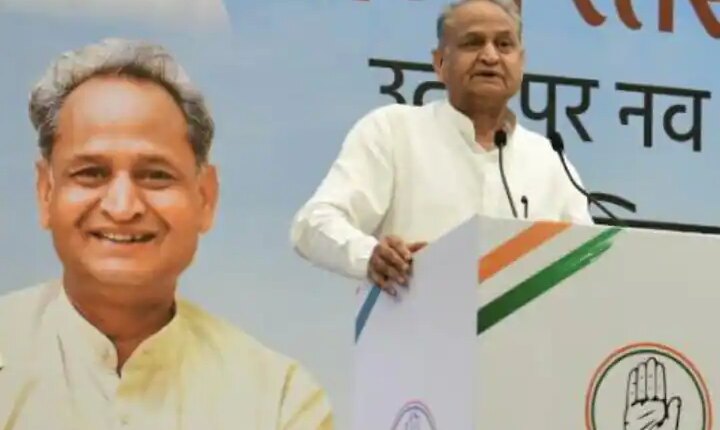 Rajya Sabha Election 2022: Rajya Sabha elections are to be held in Rajasthan these days. With the date of voting for these Rajya Sabha seats nearing, high voltage political drama seems to be increasing from Jaipur to Udaipur. Subhash Chandra, who is contesting as an independent along with Congress and BJP, is also involved in this drama.

BJP MLAs will vote for Subhash Chandra
On the other hand, independent candidate Subhash Chandra, who entered the election fray with the help of BJP’s votes, is sure to get a surplus of thirty votes of BJP and Hanuman Beniwal of Rashtriya Loktantrik Party has announced to give the votes of his three MLAs to Subhash Chandra. In this way, 33 votes are fixed in Subhash Chandra’s account but now he needs 41 notes to win. So the question is, where will the remaining 8 votes for victory come from.

On Tuesday, Chandra spoke to the media and claimed his victory. He said that eight Congress MLAs would vote for him by cross-voting. Subhash Chandra claimed that he is seeing his victory and he will raise the voice of Rajasthan and Rajasthanis in the country’s largest Panchayat Rajya Sabha.

Is CM Ashok Gehlot sure about the number game?
On the other hand, apart from Chandra’s claims, the Congress camp, and especially CM Ashok Gehlot, seemed quite sure about the number game. Gehlot is claiming more votes than the magic figure for the victory of the three candidates of his party. By the way, the number of MLAs present in the ongoing barricade of Congress in Udaipur is also justifying Gehlot’s claim. Today, two BTP MLAs have also come in support of Gehlot.

In which side will independent MLAs sit?
All the thirteen independents are already present in the barricade and half a dozen MLAs from BSP to Congress have reached Udaipur two days ago. In such a situation, one hundred and fifty MLAs are clearly visible in the Congress fold. In such a situation, the claim of independent Subhash Chandra does not appear to be very strong on the surface. Well, it will be clear in the result whether Gehlot’s magic worked or Subhash Chandra’s claim, but BJP has nothing much to lose in this whole drama.

How can BJP not get any loss even in Chandra’s defeat?
The victory of BJP’s only official candidate Ghanshyam Tiwari is certain as Tiwari is sure to get 41 first preference votes out of the total 71 MLAs of the party. The remaining thirty votes will go to independent Subhash Chandra. But nothing is going to happen to the BJP due to the defeat of Subhash Chandra. This is because Subhash Chandra is an independent candidate, but BJP supported him and brought the Rajya Sabha by-election to the polls. Had Subhash Chandra not been in the fray, Congress would have got a straight walk over which BJP did not want.

Why did ED write a letter to other parties including BJP to stop horse trading?
Similarly, in order to prevent the misuse of black money under the possibility of horse trading during elections, BJP has also sent a letter to the Enforcement Directorate. By the way, another concern is also haunting the BJP. The sword of arrest has hanged on BJP’s Keshoraipatan MLA Chandrakanta Meghwal in connection with a case which is about five years old. This case was registered against Meghwal during the previous BJP government, for which notice has been sent to him by the Mahavir Nagar police station of Kota.

Meghwal was to appear in front of the police on Tuesday but she is under BJP’s barricade in Jaipur, so she did not reach Kota. Now it is also possible that MLA Meghwal may also be arrested before the polling for the elections. If this happens, then there may be some difficulty for BJP and Subhash Chandra.