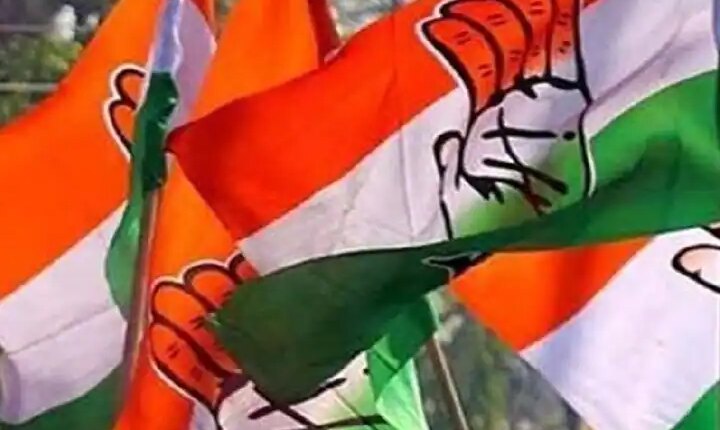 Rajya Sabha Election 2022: There is a lot of political agitation in the country regarding the Rajya Sabha elections. The parties have finalized their candidates and the filing of nominations has also been completed. When the Congress took the final decision on the candidates regarding the Rajya Sabha Election 2022, differences began to emerge within the party. Many party leaders are said to be angry with the decision of the high command. Since the announcement of Imran Pratapgarhi’s name, many veteran Congress leaders have expressed their displeasure.

This time 8 seats of Congress are falling vacant in Rajya Sabha. Among these big leaders include names like former Union Minister P Chidambaram, Kapil Sibal, Jairam Ramesh, Ambika Soni, Vivek Tankha. Congress has decided to send many of these leaders to Rajya Sabha again. Leaders like former Union Minister P. Chidambaram, Jairam Ramesh, Rajiv Shukla, Vivek Tankha, Pramod Tiwari have been nominated by the party for the Rajya Sabha.

What is the displeasure of Pawan Kheda and Nagma?

Congress has announced its 10 candidates for the Rajya Sabha elections. Congress has nominated Imran Pratapgarhi as Rajya Sabha candidate from Maharashtra. But with the announcement of Pratapgarhi’s name, there has been a ruckus in the party. Congress spokesperson Pawan Khera and actress Nagma have expressed their displeasure over this. Pawan Khera tweeted, “Maybe there is something missing in my penance”. Retweeting Pawan Khera’s tweet, actress and Congress leader Nagma wrote, “Our 18 years of penance fell short in front of Imran bhai”. Nagma asked the question whether he is less entitled?

On the other hand, Congress leader Acharya Pramod Krishnam has openly expressed his displeasure. On film actress Nagma’s tweet of ’18 years of penance’, she wrote, ‘Salman Khurshid, Tariq Anwar and Azad Sahab’s penance is 40 years old, they too have become martyrs’. Acharya Pramod Krishnam has even said that suppressing talent can prove to be a suicidal step for the Congress.

What is the complaint of Prithviraj Chavan, Kuldeep Bishnoi?

Former Maharashtra CM and senior Congress leader Prithviraj Chavan also expressed displeasure over this decision of the Congress high command. He believes that instead of Imran Pratapgarhi, Mukul Wasnik should have been given a Rajya Sabha ticket from Maharashtra itself. The list of leaders who have expressed dissatisfaction with the selection of candidates by the Congress is getting longer. The party has fielded Ajay Maken as its candidate from Haryana. Congress has the numbers to get them victory, but here MLA Kuldeep Bishnoi is angry with the party. Apart from Bishnoi, if a Congress MLA also breaks down, the road will become difficult for Maken.

Discontent among the leaders of Rajasthan too?

Apart from this, there is dissatisfaction among the Congress leaders of the state regarding the fielding of outside candidates in Rajasthan. Independent MLA from Siroh, Sanyam Lodha, who is supporting the government, has raised the issue of the three candidates outside Rajasthan. He has asked the party high command that what is the reason for not making any Congress leader or worker of Rajasthan a candidate in the Rajya Sabha elections? On the other hand, Kapil Sibal has already left the party and has nominated for the Rajya Sabha elections riding a bicycle.

From where has the Congress made its candidate?

Congress has nominated Imran Pratapgarhi from Maharashtra. Rajeev Shukla and Ranjeet Ranjan have been nominated from Chhattisgarh. Ajay Maken from Haryana, Randeep Singh Surjewala from Rajasthan, Mukul Wasnik, Pramod Tiwari have been made candidates. It has been decided to send Jairam Ramesh to Rajya Sabha from Karnataka. Vivek Tankha from Madhya Pradesh and P Chidambaram from Tamil Nadu have been made candidates. However, after the announcement of the Rajya Sabha candidature, many angry leaders may leave the party. Due to internal differences in the party, BJP can benefit in the elections.

BJP Muslim Face: BJP will not have any Muslim face in Rajya Sabha too! The life of Mukhtar Abbas Naqvi, MJ Akbar and Zafar Islam is coming to an end.

Congress In UP: ‘I Will Work Twice As Hard, Till We Win, Will Keep Fighting’, Said Priyanka Gandhi Vadra In UP