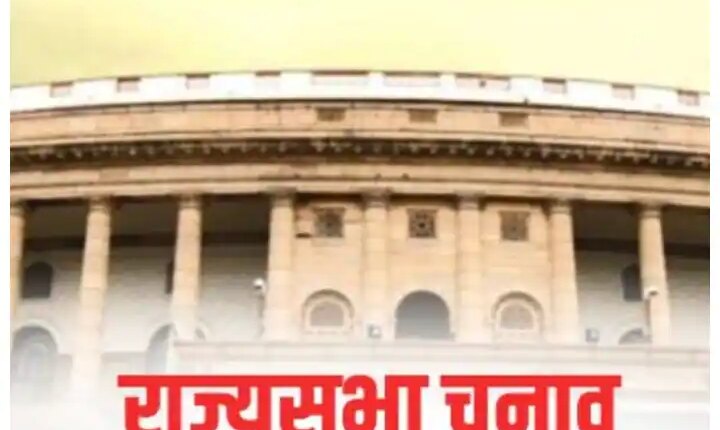 Rajya Sabha Election 2022 BJP OBC Dalit Candidates: Activities have intensified regarding the elections for 57 seats of Rajya Sabha. Rajya Sabha elections (Rajya Sabha Election 2022) for 57 seats in 15 states are to be held on June 10. After the parties have released the names of their candidates for the Rajya Sabha, the work of filing nomination papers is over. BJP has kept in mind its formula of OBC and Dalit while nominating candidates. Of the 22 candidates announced by the BJP, more than half are from socially weaker communities. Many women are also involved in this.

With a total of 273 MLAs in the UP Assembly, the BJP-led NDA can easily send its 8 candidates to the Rajya Sabha. All the sections have been taken care of in the list but the minority community has been ignored. The name of Union Minister Mukhtar Abbas Naqvi is also missing from the list of BJP.

The BJP has faith in the social-engineering formula. Since 2014, the social engineering formula has helped the party in increasing its strength. And this is the reason why many veteran BJP leaders attribute the party’s return to power to the OBC Dalit vote bank. On the other hand, 2 seats of Rajya Sabha are falling vacant in Madhya Pradesh due to BJP quota. BJP has nominated Kavita Patidar and Sumitra Balmiki as candidates for Rajya Sabha from Madhya Pradesh. Before the elections to the civic and gram panchayat in the state, BJP has tried to bring together OBC, SC and women voters.

In UP, BJP has included 6 candidates from weaker communities. In which the names of Surendra Singh Nagar, Baburam Nishad, Mithilesh Kumar, Darshan Singh, K Laxman and Sangeeta Yadav are named. The same party has given a chance to OBC leader Shambhu Sharan Patel from Bihar. The party has nominated Aditya Sahu from the OBC community in Jharkhand. The same Uttarakhand candidate Kalpana Saini has been nominated is also from backward class. Has chosen to send Krishan Lal Panwar from Haryana to the Rajya Sabha. Krishna Lal Panwar is a Dalit leader.

In the upcoming Rajya Sabha Election 2022, the BJP has also taken care of the upper castes and women while choosing the candidate. Union Minister Nirmala Sitharaman has been nominated from Karnataka and Union Minister Piyush Goyal from Maharashtra. In UP, the party has given two upper caste leaders a chance. The party has nominated Laxmikant Bajpai and Radha Mohan Das Agarwal from here. Ghanshyam Tiwari has been nominated from Rajasthan who is a Brahmin leader. However, out of 245 seats in the Rajya Sabha, at present, the BJP has 95 Rajya Sabha members.

Ayodhya Ram Mandir: Foundation stone of the sanctum sanctorum of Ram temple in Ayodhya, all leaders including CM Yogi present