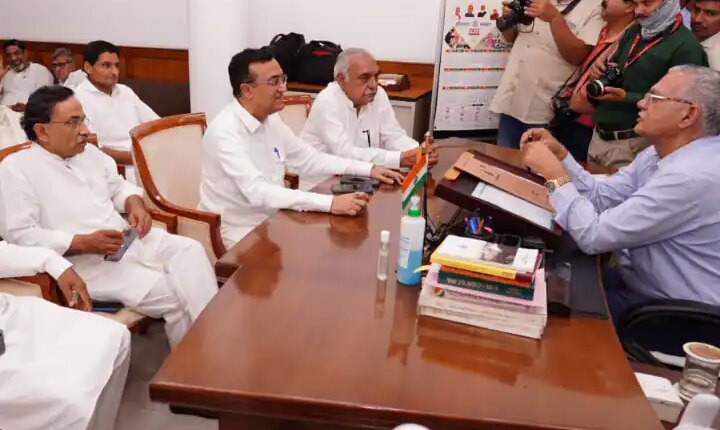 Rajya Sabha Election 2022: In the Rajya Sabha elections to be held in Haryana, the Congress is afraid of cross-voting of its MLAs. In Haryana, voting is fixed for two Rajya Sabha seats with three candidates coming in the fray. In view of the latest situation and the old experience of Haryana, Congress has started gathering its MLAs. According to sources, Congress can shift Haryana MLAs to Rajasthan or Chhattisgarh.

The Congress has 31 MLAs in the 90-member Haryana Assembly. The party has nominated National General Secretary Ajay Maken as its candidate. A candidate needs 31 votes to win. That is, Congress has the strength of MLAs but MLA Kuldeep Bishnoi is angry with the party. Apart from Vishnoi, if a Congress MLA also breaks, it will be difficult for Maken to win.

Apart from one candidate each from BJP and Congress, on the last day of filing nominations, media entrepreneur Kartikeya Sharma has filed an independent nomination with the support of JJP. Karthikeya Sharma’s father Vinod Sharma has been a minister in the Hooda government. Vinod Sharma is also considered close to Hooda. JJP is involved in the coalition government of Haryana with BJP.

Obviously, apart from its candidate, BJP will also try its best to make Karthikeya Sharma win. For this, an attempt will be made to break the Congress MLAs. Sensing the situation, Congress has started fortifying its MLAs. The ordeal is to be of Bhupinder Singh Hooda. If he keeps the remaining 30 MLAs apart from Vishnoi together, then the possibility of Maken reaching the Rajya Sabha will remain.