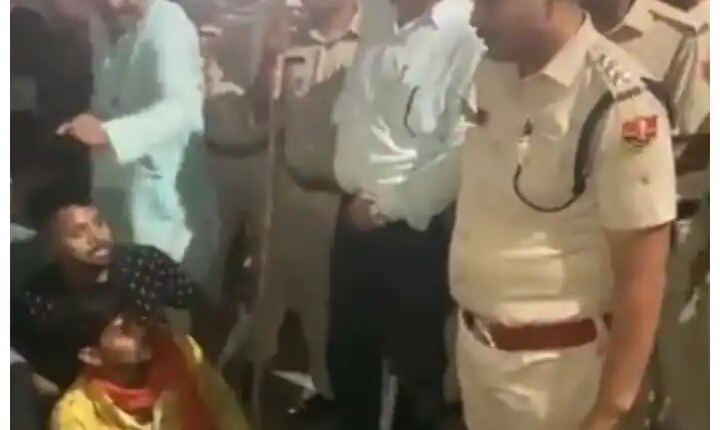 According to the information, some armed youths injured two young shopkeepers on Wednesday night in Janta Talkies Readymade Cloth Market of Baran city. The injured have been admitted to the district hospital. Manoj Sharma, brother of Harish, a shopkeeper injured, was also injured last week by some youths with a knife. The second injured youth in the incident is Vinod, a resident of Kota, who is said to be a relative of Harish. Manoj is the son of VHP’s District General Secretary Dwarka Prasad Sharma. The matter of the previous incident is not yet completely settled.

Why was there a ruckus in Baran?

The attackers are being told of a particular youth community. The police have not issued any statement regarding this yet. After this incident, outrage has spread in the city. A large number of people gathered at the district hospital. The angry mob of police and media persons who reached the information also protested against the admission in the hospital ward. Here, the trade federation has called for a Baran bandh on Thursday in protest against the incident. Police sources said that around 9.30 pm, four to five unidentified youths had entered Harish Sharma’s shop carrying weapons. Harish and his cousin Vinod present at the shop were attacked with swords and sticks.

slogans against the attack

Due to this sudden incident in Baran of Rajasthan, there was chaos in the market for some time. A crowd of shopkeepers and passers-by gathered around. After taking the injured to the district hospital, officials, businessmen and other people of different organizations gathered in the hospital. On information, police officers also reached the spot. For some time in the district hospital premises, people protested by shouting slogans and expressed great anger over the incidents of knife pelting and attack on traders in the city. People said that incidents are happening every day. Police is being informed in writing, cases are being registered. Even after this, effective action is not being taken. Superintendent of Police Kalyan Mal Meena has assured the arrest of the accused soon.

KK Death: KK’s last farewell with state honors in Mumbai amidst death mystery, funeral will be held at Versova crematorium