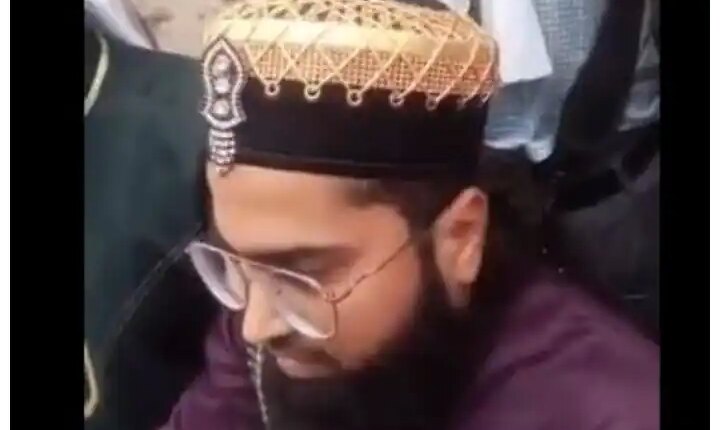 Rajasthan Police Action Against Maulana Controversial Statement: Bundi Police has swung into action after a Maulana made a provocative statement in Bundi, Rajasthan. Police has sent notices against four people including Maulana Mufti Nadeem. In the notice issued by the Rajasthan Police, answers have been sought in many cases including giving inflammatory speeches. Bundi Kotwali station in-charge Sahdev Meena said that it is wrong to give speech in this manner in a public place. We will not allow to spoil the atmosphere of Bundi city under any circumstances.

Giving information, the police said that taking action on Maulana Mufti Nadeem, we have sent a notice of ban against him. Top officials are being talked to and preparations are on to register a case against Maulana including the organizer. According to sources, the Bundi Kotwali police station is preparing to register a case against Maulana under sections 153A, 153B and 294.

Preparation to register a case against Maulana on provocative statement

Police can soon register a case against Maulana in this matter. Along with this, Hindu organizations have also protested against this statement of Maulana. The Vishwa Hindu Parishad (VHP) has warned of a demonstration in Bundi city, demanding action. Let us inform that on Friday, a large number of people of Muslim society had come to the Bundi district collectorate demanding action against BJP spokesperson Nupur Sharma. Meanwhile, Maulana Mufti Nadeem Akhtar gave a provocative statement and said that if someone lifts his eye, he will scratch his eye, if someone raises a finger, he will break his finger. If someone raises his hand, he will cut off his hand.

What did the Maulana say?

Maulana Mufti Nadeem did not stop here. He said that if the administration will not take action against those who speak against our Prophet Muhammad and will not take action, then the Muslim society also knows how to react. Inciting the Muslims of Bundi city and the country, he said that whenever we have raised our voice against anyone, he is not left. Let us tell you that during a discussion on a TV news channel recently, BJP spokesperson Nupur Sharma had allegedly made derogatory remarks against Prophet Mohammad.

Kanpur Violence: BJP shunned the statements of its leaders on Kanpur violence, said – insult of worshipers of any religion is not accepted

Earthquake In Andaman Sea At Around 2:21 Pm 4.6 Magnitude On Richter Scale