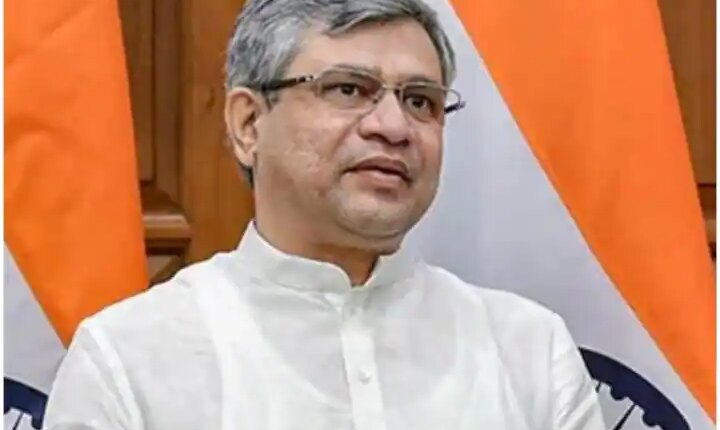 Ashwini Vaishnav On State Governments: Railway Minister Ashwini Vaishnav has alleged that with the announcement that the Bharatiya Janata Party (BJP) government led by Prime Minister Narendra Modi (PM Modi) has replaced the Trinamool Congress government led by Mamata Banerjee, all started by the central government. Will force to implement the schemes so that the people of Bengal can take advantage of all the schemes.

Railway Minister Ashwini Vaishnav said during an event of the ‘Garib Kalyan Sammelan’, which marks the completion of eight years of the Prime Minister Narendra Modi-led government, held at the Eastern Railway Sports Complex in Kolkata on Tuesday.

However, the poster of the conference did not name or invite any senior West Bengal minister or Chief Minister Mamata Banerjee, while Suvendu Adhikari, Leader of the Opposition in West Bengal, was named as the special guest. Meanwhile, the Prime Minister Narendra Modi Participated in Garib Kalyan Sammelan at Shimla.

The program gives elected representatives across the country the concept of interacting directly with the public in an effort to get feedback about various welfare programs being run by the government, the Prime Minister’s Office (PMO) said in a statement on Monday.