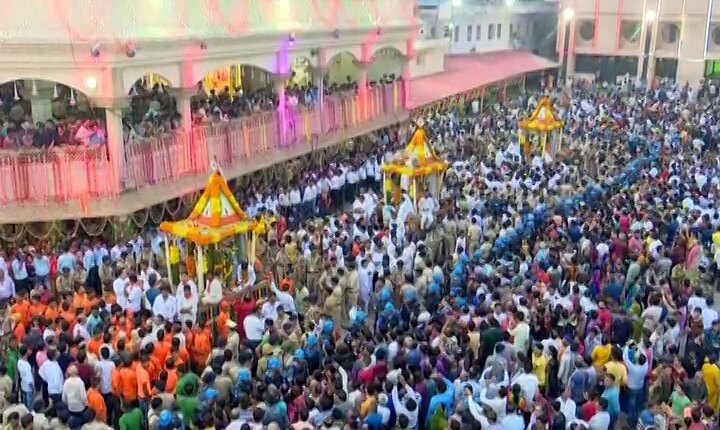 Let us tell you that for the last two years, Jagannath’s Rath Yatra was not being organized due to corona infection epidemic. But this world famous Rath Yatra will be taken out on July 1 this year. The government has completed preparations to conduct the Rath Yatra peacefully. At the same time, the work of construction of chariots is also going on in full swing. Let us inform that 200 artisans have been engaged by the administration to build the chariot.

40 extra trains will be run for Rath Yatra

Thousands and lakhs of devotees from all over the country and the world reach here to participate in the world famous Rath Yatra in Jagannath Dham. In such a situation, keeping in mind the convenience of the devotees, the administration has made special arrangements in hospitals including their safety and other arrangements. Not only this, it has also been decided to run extra 40 trains at the time of Rath Yatra. 35 ticket centers will be set up in and around Puri Railway Station. So that the devotees do not have to face any kind of problem to participate in the Rath Yatra. Apart from this, 200 additional buses will also be run from different places to reach Puri during the Rath Yatra.