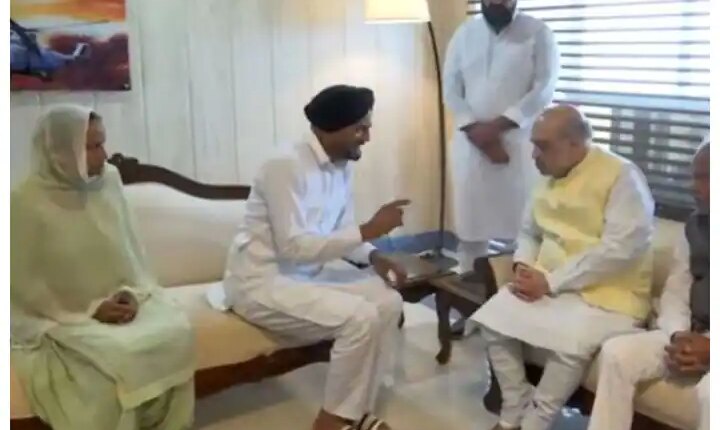 Sidhu Musewala’s father met Home Minister Amit Shah at the technical airport in Chandigarh. Sidhu’s father Balkaur Singh demanded Amit Shah to get his son’s death investigated by the Central Investigation Agency (CBI). If sources are to be believed, Musewala’s father Sardar Balkaur Singh said that the fire of his son’s pyre has not even cooled down and people are talking about me contesting elections. He said this during a conversation he had with Amit Shah.

According to sources, during their conversation, Sidhu Musewala’s father said that he does not trust the Punjab agency and wants the CBI to investigate the murder of his son. The big question is whether the Punjab government will recommend a CBI probe to investigate the murder of Sidhu Musewala? Sidhu Musewala’s father Balkaur Singh has released a video message after meeting Home Minister Amit Shah, in which he put an end to all the speculations in which it is being said that he can fill the form in the by-election in Sangrur Lok Sabha constituency.

Musewala’s father Balkaur Singh said that even the ashes of his son’s funeral pyre have not cooled yet. He appealed to the people not to spread unnecessary rumours. Musewala’s father said that he would keep his mind in front of everyone during Siddu Musewala’s banquet on June 8.
According to the postmortem report, more than 20 bullets were fired in Sidhu Musewala’s body in the firing. Sidhu Musewala’s ribs were broken and the liver was also torn due to such a high number of bullets. Due to which Musewala died on the spot.

political parties god value (Bhagwant Mann) has held the government responsible for Sidhu’s death. Political parties say that the Punjab government first withdrew the security of more than 400 VVIPs and then made the names of all public, which is why the killers got open information about killing Sidhu Moosewala. Not only this, an attempt was also made to loot its accolades from all the social media handles of the Aam Aadmi Party. Let us tell you that the famous Punjabi singer Sidhu Musewala On May 29, in Mansa district of Punjab, some unidentified assailants fired indiscriminately on the middle road and was killed.

Weather Update: Outbreak of ‘Loo’ in many parts of the country, Yellow alert issued in Delhi, know the weather condition of the states