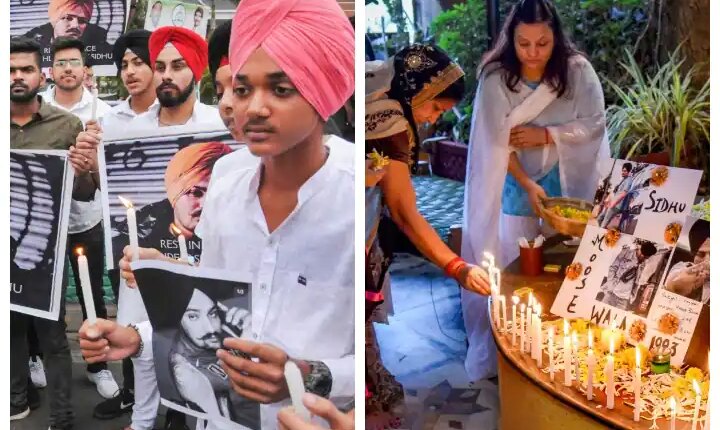 Punjabi Singer Sidhu Moose Wala Murder Case: Bhog Ceremonies were organized in Mansa for the peace of the soul of Punjabi singer and Congress leader Sidhu Moosewala. On this occasion, Sidhu Musewala’s father Balkaur Singh and mother Charan Kaur became emotional. On this occasion, Moosewala’s father Balkaur Singh said that Moosewala himself wanted to contest the election, there is no fault of Raja Vading or anyone else. People on social media should not say bad to Raja Vading. He once again demanded the harshest punishment to the culprits.

Sidhu Musewala’s father Balkaur Singh said that through his memories, I want to keep Musewala alive for 10-15 years. He said that many times when his name used to come in controversy, he used to say that he did not do anything, yet why does his name come up. Last Ardas was also kept for Musewala today.

Balkaur Singh, father of Sidhu Musewala, got emotional and said that Sidhu was made on his own. I will keep his memories alive for 10-15 years. Many times when the name came in the controversy, he used to say that he did not do anything, yet why does his name come up? He even cried once his name came in the controversy. At that time we just told him that when you have not done anything wrong then there is no need to worry.

Father Balkaur Singh further said that if Sidhu Moosewala wanted, he could have taken personal security, there was never any threat from anyone, I will not rest until the culprits are punished. Will give time to investigate. For Musewala, the last Ardas were kept at the Baharli Grain Market in Mansa. A large number of people including men, children and women gathered from different parts of Punjab and other states to participate in the function. Let us inform that the attackers had attacked Punjabi singers in Jawaharke village on 29 May. Sidhu Musewala was shot dead.

Sidhu Moose Wala Murder: In the investigation of Punjab Police, the name of Manjeet alias Bhola of Sonepat came in the Moosewala murder.