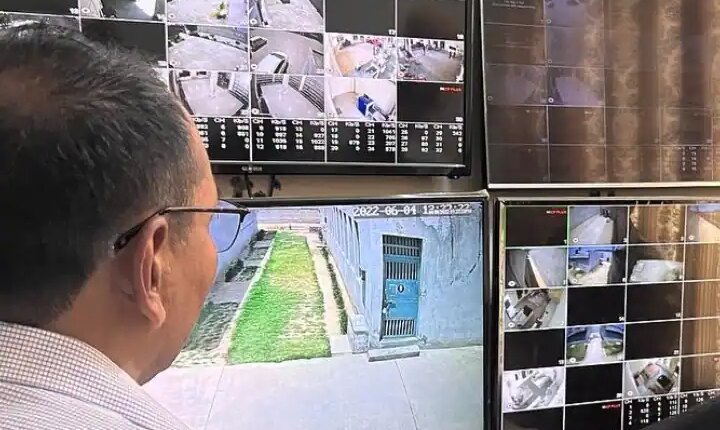 Terror Threat At Punjab Jails: After the attack on the office of Intelligence Department of Punjab last month, now there is a fear of terrorist attack in Punjab jails. Intelligence agencies have alerted the Punjab Police in this regard. According to the alerts of the agencies, attempts can be made to jailbreak through terrorist attacks on their 4 jails. Earlier in April, a large quantity of explosives was recovered near the boundary wall of Burail Jail near Chandigarh.

According to intelligence sources, Pakistani intelligence agency ISI is continuously hatching conspiracies one after the other in Punjab. On the one hand, where she is continuously sending arms and drugs to the Pakistan-Punjab border through drones, on the other hand she has hatched another big conspiracy. Sources said that as part of the conspiracy, he plans to attack four major jails of Punjab and get them jailbroken.

In which jails there is an alert for terrorist attack
According to sources, the jails on which a conspiracy is being hatched to get a jail break under the terrorist attack include Bathinda Jail, Ferozepur Jail, Amritsar Jail and Ludhiana Jail. According to intelligence agencies, the terrorist masters of Babbar Khalsa International sitting in Pakistan have been entrusted with the responsibility of this conspiracy.

Intelligence agencies are on alert
Sources said that before this, explosives were recovered in the month of April last near the boundary wall of Burail Jail near Chandigarh. This explosive was so much that if it exploded, a large part of the prison’s boundary wall would have been completely blown up. Intelligence agencies had become alert in this matter only after the discovery of this explosive.

Now the intelligence agencies have issued an alert to Punjab that it should keep the security system of its jails tight so that the terrorists could not succeed in their conspiracy. Keep in mind that many notorious terrorists are also imprisoned in the jails of Punjab.

Buy Spotify as the music subscription service is in better shape than Netflix, Raymond James says