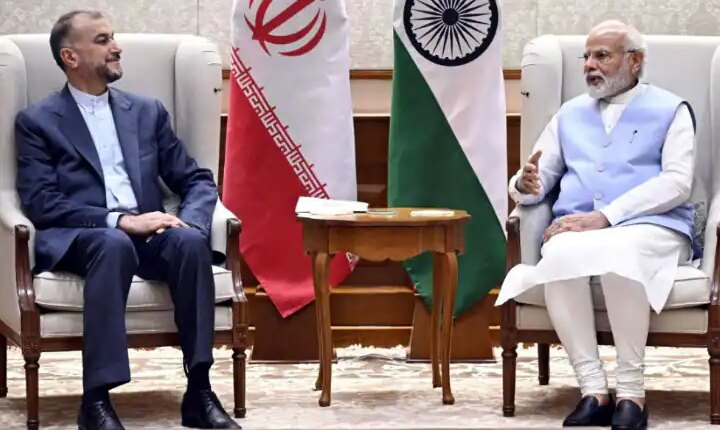 Iran Foreign Minister India Visit: There is a political ruckus in India over Nupur Sharma’s statement regarding Prophet Muhammad. But Iran’s Foreign Minister Amir Abdollahian (who expressed diplomatic objections in Tehran on this matter)Hossein Amir-Abdollahian) Not only did he come to Delhi on a three-day visit to India, but the Prime Minister Narendra Modi also came to meet On the previous day, the Iranian Foreign Minister said, both countries agree with India on the need to respect the religious sanctity of Islam and not to make divisive rhetoric.

In fact, Prime Minister Modi tweeted on the previous day and expressed happiness over the courtesy meeting with Iranian Foreign Minister Hussein Amir Abdollahian. PM Modi said that in the conversation with the visiting leader, there was discussion on taking forward the age-old relationship between India and Iran. At the same time, he also emphasized that mutual relations have not only benefited both the countries but have also strengthened regional security and prosperity.

Earlier, the Iranian Foreign Minister also met the Foreign Minister of India, Dr. S. Jaishankar. During the bilateral talks, where the new roadmap of partnership between India and Iran was discussed. At the same time, issues of regional security including the situation in Afghanistan were also discussed. During this, an agreement on judicial cooperation was also signed between the two countries. Along with this, there was also talk on the early meeting of Prime Minister Modi and President Raisi. Abdollahian also met India’s National Security Advisor Ajit Doval. This is the first foreign minister-level visit to India after the government of President Raisi came to Iran.

Abdollahian, who interacted with the media on reaching Delhi, said that the relations between India and Iran are moving in the right direction. It should be noted that during the visit, the Iranian Foreign Minister neither said anything on the controversy surrounding the former BJP spokesperson’s remarks on Prophet Mohammad, nor was it allowed to become a hindrance to bilateral relations. After meetings with the political leadership, the Iranian foreign minister left for Mumbai where he would meet businessmen. At the same time, in the next leg of his India tour, Abdollahian will also meet religious leaders and academics in Hyderabad.