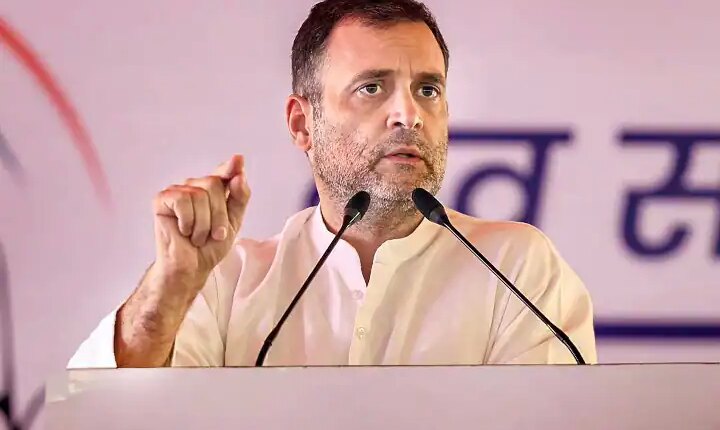 Rahul Gandhi Bharat Jodo Tweet: Former Congress President Rahul Gandhi tweeted that hatred only breeds hatred. Only the path of love and brotherhood can take India towards progress and this is the time to unite India. The Congress MP had tweeted this with the hashtag “Bharat Jodo”. Rahul Gandhi’s remarks came after BJP office-bearers Nupur Sharma and Naveen Jindal were expelled from the party.

Congress has been accusing BJP of spreading hatred in the society through continuous polarization. The Congress also tweeted on its official Twitter handle, “BJP’s hatred has destroyed the country. If you want to save the country, then unite.”

Hate only breeds hatred. Only the path of love and brotherhood can take India towards progress.

It is time to unite India. #BharatJodo

Let us tell you that for the controversial remarks on Prophet Muhammad, BJP had suspended party spokesperson Nupur Sharma from primary membership for 6 years on the previous day. Apart from this, BJP had also expelled Naveen Kumar Jindal from the party. Naveen Kumar Jindal is the media head of Delhi BJP. This whole matter started when Nupur Sharma participated in the debate of a private channel on 27th May. During this Gyanvapi Mosque The controversy about (Gyanvapi Mosque Dispute) was being discussed.

During the TV debate, Nupur Sharma allegedly made some derogatory remarks against Prophet Muhammad (Objectionable Remarks on Prophet Muhammad). After this Nupur’s video went viral on Twitter and accused her of insulting the Prophet. Let us tell you that after this there was a strong protest against the BJP in the country and the demand for the arrest of Nupur Sharma was also raised. At the same time, there was opposition to India in Islamic countries. After Qatar and Kuwait, Iran also summoned the Indian Envoy. At the same time, calls are being made on social media to ban Indian products.