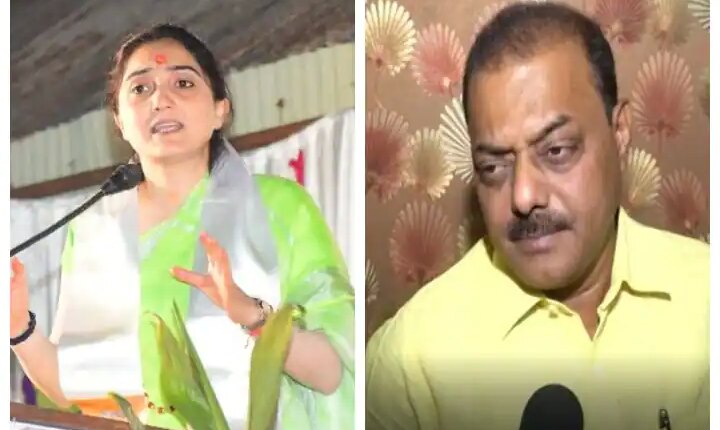 Prophet Muhammad Controversy: There is a lot of anger in Muslim countries over the comments made by BJP leaders about Prophet Muhammad. So far, many Gulf countries have officially lodged a protest with India regarding these comments. Kuwait, Qatar and Iran summoned Indian envoys on Sunday regarding controversial statements. Important countries of the Gulf have expressed their strong objection condemning these comments.

At the same time, the names of Pakistan, Saudi Arabia and Afghanistan have also been included in this list. Kuwait’s Foreign Ministry said Indian Ambassador to Kuwait Sibi George was summoned on Sunday and an official protest note was handed over by the Assistant Foreign Minister for Asia Affairs. Indian Ambassador to Iran Dhamu Gaddam was summoned by the Director General of South Asia to the Foreign Ministry in Tehran on Sunday evening, where a strong protest was expressed over the controversial remarks.

Many Muslim countries of the world have protested against the controversial remarks of Nupur Sharma suspended from BJP and expelled from the party Naveen Kumar Jindal about Prophet Mohammad. Kuwait, Qatar and Iran summoned the Indian ambassadors over the controversial statements. At the same time, Pakistan, Saudi Arabia and Afghanistan have also joined the list of those who lodged a protest with the Indian government. At the same time, the spokesperson of the Indian Embassy in Qatar and Kuwait said in a press release that the ambassador told that those tweets do not in any way reflect the views of the Indian government.

What did Pakistan say?

Pakistan on Monday summoned the Indian in-charge d’affaires over the remarks made by BJP leaders. In a statement, the Foreign Office called the comments completely unacceptable. The statement said that this deeply hurt the sentiments of Muslims around the world. Delayed action was taken against those who made statements which cannot ease the pain of Muslims.

What did the Indian Ministry of External Affairs say?

After objecting to the OIC (Organization of Islamic Cooperation), the Indian Ministry of External Affairs has said that the Government of India categorically rejects the unfair and narrow-minded comments of the OIC Secretariat. The Indian government respects all religions equally. The objectionable tweets and comments defaming a religious personality were made by some individuals.

The Ministry of External Affairs (MEA) further stated that they do not in any way reflect the views of the Government of India. Strict action has already been taken against these persons by the concerned bodies. It is regrettable that the OIC Secretariat has again chosen to make motivated, misleading and mischievous remarks. It only exposes the divisive agenda being pursued at the behest of vested interests.