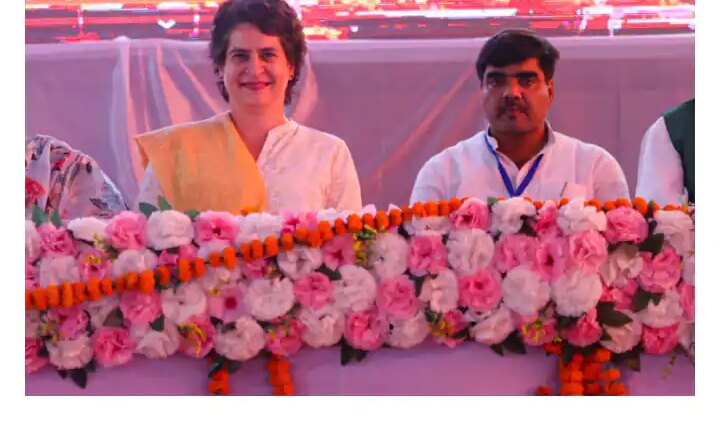 Congress Navsankalp Karyashala: For every upcoming election in the country, the Congress party wants to enter with stamina, but there are many occasions where the party appears alone. Take the latest case only. Congress Navsankalp Karyashala was organized in Lucknow. Party General Secretary Priyanka Gandhi Vadra participated in this, but the outgoing president Ajay Lallu did not reach the program from this program. Not only this, many leaders who contested the election of MLA (MLA) on Congress ticket stayed away from this program.

During the assembly elections in UP, Priyanka had fiercely given the slogan of Ladki Hoon Ladge Sakti Hoon. The girl who was made a face with this slogan also did not reach this program. But in her 12-minute address, Priyanka definitely said that we will fight.

In her address, Priyanka Gandhi said that we are definitely defeated but everyone will fight. He said that after reviewing the reasons for the defeat, work will be done to remove the further shortcomings. Priyanka Gandhi once again gave strength to the Congress workers and said that the Congress workers fought very strongly, without getting disappointed and I have full faith that we will learn and fight with double strength, this is our resolve.

have to work 100 times more

Priyanka Gandhi said that we are fighting for the youth of this country who are not being given jobs but are being misled in the name of religion and caste. We are fighting for the fact that whatever is happening in the country today, it is taking the country back, not forward. The amount of work we did, the hard work we have to do 100 times more than that. We are Congress people and we understand the conditions of the country. We have to work hard to take our words among the public.