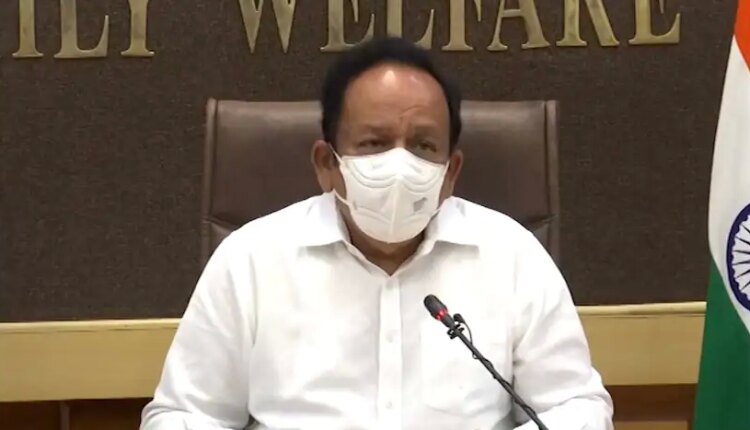 Ex Central Minister Harsh Vardhan On PM Modi: BJP MP and former Union Minister Dr Harsh Vardhan today on 7 June. Prime Minister in a press briefing Narendra Modi He praised the tenure of the last 8 years. On this occasion, the former Union Minister kept singing the praises of Modi government and PM Modi the whole time. He said that the countrymen have faith in Modi and with this inspiration he has done more than one work for the welfare of all sections of the society. Harsh Vardhan said that Modi ji has done extraordinary work for the welfare and protection of the poor, women, farmers and the underprivileged people of the society.

Harsh Vardhan said that Modi ji has taken many historic decisions in the interest of the country, on which every countryman is proud. Abolition of Article 370, construction of Ram temple, free ration to crores of people, free health facility from Ayushman Bharat, free covid vaccination, safe return of countrymen from Afghanistan and Ukraine, launch of many schemes for daughters and women etc. does it.

He further said that India has become a fast growing economy today. Our inflation rate is very low during the 10 years of UPA. Our growth rate has increased from 6.7% under UPA to more than 8%. The inflation rate, which used to be between 9-10% earlier, is today between 5.5%-6.5%, despite the Kovid and Russia-Ukraine war.

Dr Harsh Vardhan further said that the government spent 91 lakh crores for infrastructure and social welfare. If subsidy is added to this, then it will be Rs 140 lakh crore. At the time of Kovid, in 2 years, the central government arranged for free ration for 80 crore countrymen. Arrangements were made for housing for 3 crore people, gas cylinders for more than 9 crore women, new water connections in 9 crore houses. So far, more than 192 crore doses of corona vaccine have been given to the countrymen. He further said that 200 million vaccines were sent to 100 countries under Make in India.

Along with this, more than 44 crore accounts were opened through Jan Dhan Yojana and till December 2021, an amount of about Rs 1,50,939.36 crore was deposited.

Dr Harsh Vardhan said that in the last 8 years, the PM did not take a single day off for himself. This is a sign of his loyalty to the countrymen. Further Dr Harsh Vardhan says that the government has made continuous efforts to take the mantra of Antyodaya of Deen Dayal Upadhyay to the last person of the society at a fast pace. The plans of the central government are embedded in the feelings of nation first.

Harsh Vardhan says that through several dozen visits, the PM has worked to connect the 8 states of the Northeast of India, neglected from the beginning, with the main stream. In 739 districts of the country, PM Modi is constantly striving for the development and prosperity of all with Sabka Saath, Sabka Vikas, Sabka Vishwas and Sabka Prayas.

Delhi LG: Why did Dr Harsh Vardhan return after getting angry with the swearing-in ceremony of the new LG of Delhi?

Congress gave the first reaction to the resignation of Union Health Minister Dr. Harsh Vardhan, know what he said?