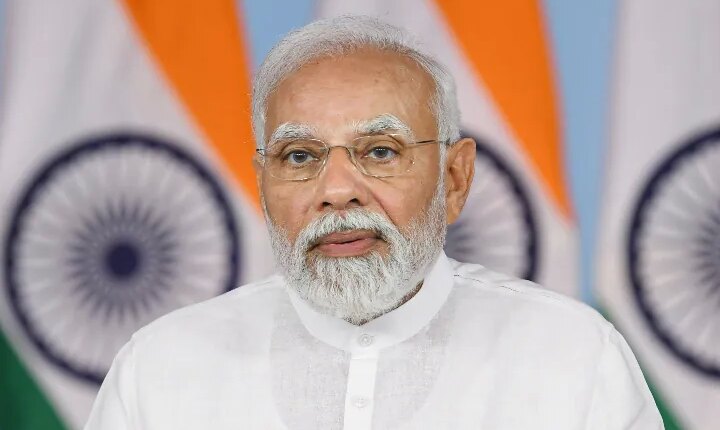 PM Narendra Modi’s Uttar Pradesh Visit: Prime Minister Narendra Modi will be on a visit to UP on Friday, June 3. She was here at the UP Investors Summit. Will attend the ground breaking ceremony. This information Prime Minister’s Office (PMO) has given via tweet. On the other hand, in view of the PM’s visit, the UP capital Lucknow is being decorated like a bride. Chief Minister of UP Yogi Adityanath also took a meeting on Wednesday to review the preparations for the third Ground Breaking Ceremony (GBC-3) going to be held in Lucknow.

The Office of the Prime Minister(PMOAccording to the information received from ) on Friday, June 3, the schedule of PM Modi’s visit to UP will be like this.

2- PM Modi (PM Modi) with President Ram Nath Kovind at 1.45 pm in Kanpur countryside.Paraunkh) will go to the village. From here she accompanied him to Pathri Mata (Pathri Mata Mandir) will also visit the temple.

He will reach the Milan Kendra at 2.15 pm. Milan Kendra is the ancestral home of President Kovind. The President has donated it for public works, which is now known as Community Center Milan Kendra.

Prime minister Narendra Modi In Uttar Pradesh on Friday Third Ground Breaking Ceremony (GBC-3) In this, a target has been set to bring investment of more than Rs 80,000 crore in the state. PM Modi is going there as the chief guest of this event. The live telecast of this ceremony will be shown in all the districts of UP through LED screens.

For this, instructions have been given to all the district magistrates by UP Chief Secretary Durga Shankar Mishra. Prominent industrialists including Gautam Adani of Adani Group, Kumar Mangalam Birla of Aditya Birla Group, Sajjan Jindal of Jindal Group and Anant Ambani, director of Reliance Industries, will participate in this ceremony. will take part in

At around 1:45 PM, PM will reach Paraunkh village, Kanpur, where he will accompany President Ram Nath Kovind to visit Pathri Mata Mandir. Thereafter, at around 2 PM, they will visit Dr BR Ambedkar Bhawan, which will be followed by a visit to Milan Kendra at 2:15 PM: PMO

State Industries Minister Nand Gopal Gupta Nandi told reporters on Thursday that an investment of Rs 80,000 crore would come in this foundation stone laying ceremony. Which is a record. In this, 805 projects will be set up in the MSME sector. After which 275 projects will be in the agriculture sector and allied industries and 65 projects for pharma and medical supplies.