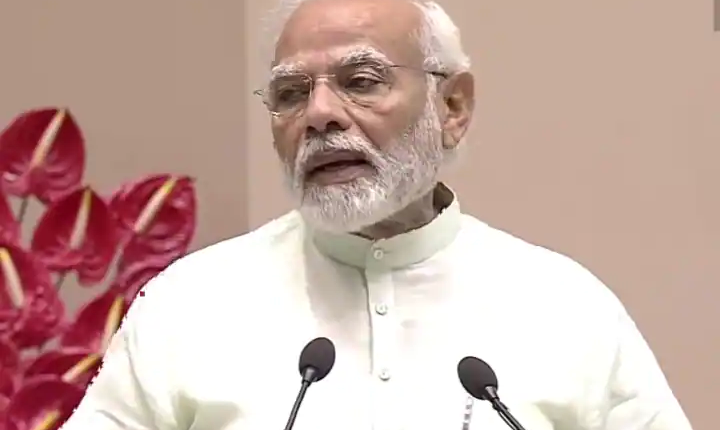 Iconic Week Celebration: During the program organized by the Finance Ministry on Monday, PM Modi counted the achievements of the government and told how the steps of his government have made the path easier for the entrepreneurs. He said that in the reforms that the country has done in the last eight years, great priority has also been given to the youth of our country to show their potential. PM Modi said that our youth can easily open the company they want, they can make their enterprises easily, they can run them easily.

He said that what we focused on along with Reforms – that is, reforms, is simplification. Simplification: Now the GST has replaced the web of many taxes at the center and the state. The country is also seeing the result of this simplification. Now it has become normal for GST collection to cross one lakh crore rupees every month.

The Prime Minister said that therefore, by reducing more than 30 thousand compliances, abolishing more than one and a half thousand laws, decriminalizing many provisions of the Companies Act, we have ensured that the companies of India not only grow ahead but also attain new heights. .

He said that therefore today when we are celebrating 75 years of independence, it is the duty of every countryman to make a special contribution to the development of the nation at their own level. He further said that whoever took part in the long struggle for independence, added a different dimension to this movement, increased its energy. Some adopted the path of Satyagraha, some chose the path of weapons, some faith and spirituality, and some intellectually helped to ignite the flame of freedom.

He said that the Swachh Bharat Abhiyan has given an opportunity to the poor to live with dignity. Facilities like pucca house, electricity, gas, water, free treatment increased the dignity of the poor, increased facilities. The scheme of free ration during the Corona period liberated more than 80 crore countrymen from the fear of hunger.

The Prime Minister further said that India has also worked on different dimensions in the last eight years. During this time, the public participation which increased in the country, has given impetus to the development of the country, has empowered the poorest of the poor citizens of the country. In the past, the country has borne the brunt of government-centric governance. But today 21st century India is moving ahead with the approach of People-Centric Governance.