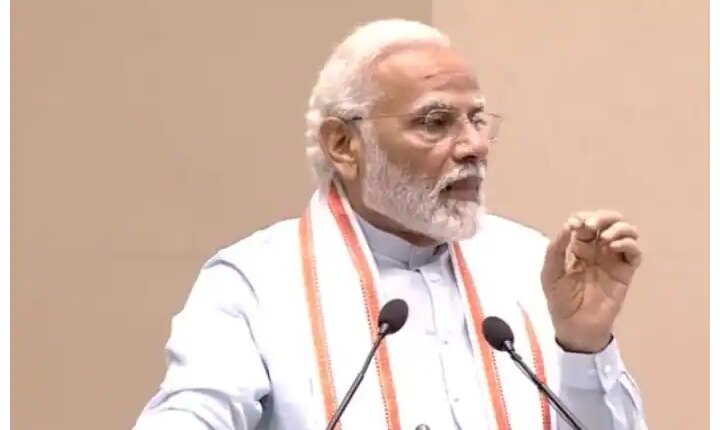 PM Narendra Modi on Healthcare Sector: Prime Minister Narendra Modi said on Wednesday that the coming year will be a time to invest in the health sector. He also expressed pride in the work done by his government towards strengthening this sector in the last eight years. This response of the Prime Minister was given by sharing a detailed information on Twitter by a government portal outlining the steps taken by the government in the field of health.

According to the portal, in the last 8 years, under the leadership of Prime Minister Modi, there has been an unprecedented investment in healthcare infrastructure to build a healthy India, which has not only made affordable treatment possible with Ayushman Bharat, but the country is constantly moving towards digital in the health sector. Is. 3.26 crore people got health benefits under the Ayushman Bharat scheme, 6 new AIIMS (AIIMS) were implemented and the world’s largest and first digital vaccination campaign was launched to combat Kovid-19.

The time to come will be for those investing in the health sector?

According to the portal, a 55 percent increase has been registered in the number of medical colleges in the country after 2014. This government has also set the target of opening a medical college in every district. Modi said in a tweet that the coming years will belong to those who have invested in health services. I am proud of the work that our government has done in the last eight years to strengthen the healthcare sector in India.

Prime minister Narendra Modi (PM Narendra Modi) also shared an article published on ‘NaMo App’, which explains in detail what things will prove to be a “game changer” in future to revolutionize the healthcare sector. Modi also tweeted that health care is one of our major focus areas. The last 8 years have been about enhancing health infrastructure, ensuring affordable and quality healthcare for every Indian, and evolving technology with this sector.

Let us inform that on May 30, the Union Government led by Prime Minister Modi has completed eight years in power. The Prime Minister is sharing on Twitter the details of the achievements of the government in different areas in these years.