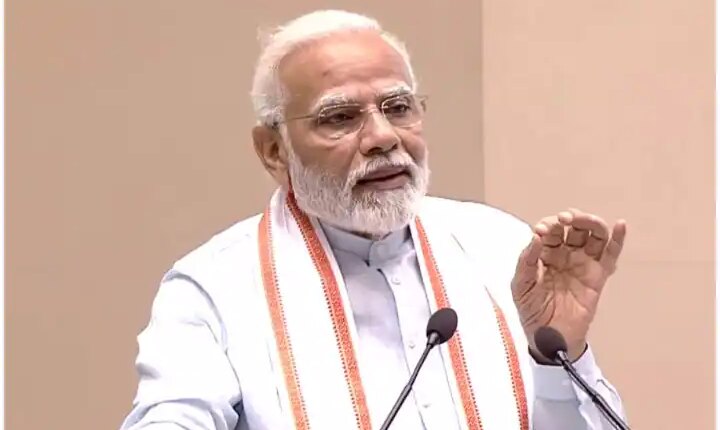 World Environment Day: Prime Minister Modi participated in the ‘Save Soil Movement’ program on the occasion of World Environment Day in Delhi. During this, while addressing the people, he said that India’s efforts to protect the environment have been multifaceted. India is making this effort when India’s role in climate change is negligible. He said that the world’s big modern countries are not only exploiting more and more resources of the earth, but maximum carbon emission goes to their account.

The PM said that, in this year’s budget, we have decided that we will encourage natural farming in the villages situated on the banks of the Ganges, will build a huge corridor of natural farming. With this our fields will not only be chemical free, Namami Gange campaign will also get new strength.

People of the country are being connected with water conservation – PM
In this program organized in Vigyan Bhawan, PM Modi said that, earlier the farmer of our country lacked information about what kind of soil his soil is, what is the deficiency in his soil, how much is lacking. To overcome this problem, a huge campaign was launched to give soil health cards to the farmers in the country. We are connecting the people of the country with water conservation through campaigns like Catch the Rain. In March this year itself, a campaign to conserve 13 big rivers has also started in the country. In this, along with reducing pollution in the water, work is also being done to plant forests on the banks of rivers.

You have to focus on these five things
The PM said that to save the soil, we have focused on five major things. First- How to make soil chemical free. Second- How to save the creatures that live in the soil, which in technical language you call Soil Organic Matter. Third- How to maintain soil moisture, how to increase the availability of water till it. Fourthly, how to remove the damage that is being done to the soil due to less groundwater, and fifth, how to stop the continuous erosion of the soil due to the reduction of the forest cover.