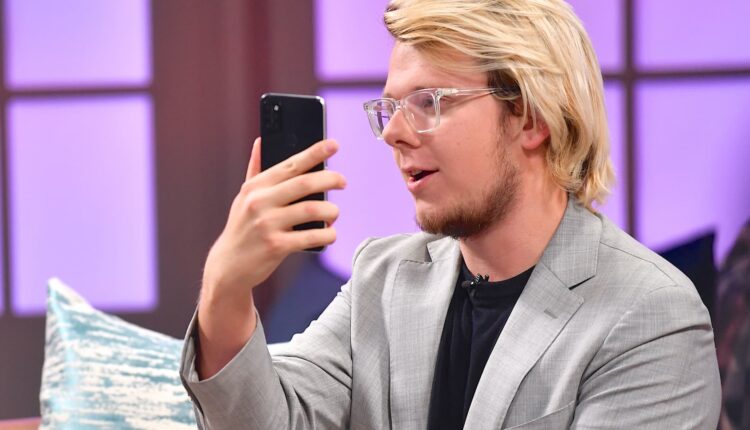 Erik Finman, who became a bitcoin millionaire by the time he was 18, is spending up to $20 million on Republican candidates running for Congress in the 2022 midterm elections.

Finman said he’s sinking another $10 million into his new Washington D.C. based nonprofit America’s Future. The 501(c)(4) will finance what he called a “midterms tour” – a series of rallies across the country for conservative candidates. Finman’s new organization will also promote his conservative ideals as well as a proposed regulatory framework for cryptocurrencies, he said in an interview.

Finman’s foray into politics comes as the crypto industry evolves into a powerful lobbying force on Capitol Hill. Over $30 million so far has been poured into the campaigns from crypto leaders since the 2020 election cycle.

Sam Bankman-Fried, the CEO of crypto exchange FTX, has been the primary financier behind the political action committee Protect Our Future, which has only backed Democrats running for office in the 2022 election cycle so far. Bankman-Fried gave another $10 million to the PAC in April, according to FEC records.

Finman could give a similar boost to Republicans this cycle. He’s donated tens of thousands of dollars in the past, but not millions. Election records show he gave over $40,000 to candidates since the start of the 2020 election cycle.

Like Bankman-Fried, Finman says he’s met with lawmakers about crypto regulations and other policy matters, though he would not say who he’s met.

He’s become more active in politics because he questions whether lawmakers really understand the laws they’re writing and industries they oversee, he said.

“I don’t think a lot of these people are wise elders,” Finman said, adding that some lawmakers are thoughtful and well-informed, “and those are golden people. But I don’t know if that’s the majority of people in D.C.”

Finman’s nonprofit, America’s Future, is expected to launch in July and already has plans to host a rally for George Santos, a Republican running for Democratic Rep. Tom Suozzi’s open House seat in New York. Suozzi is giving up his position to try to unseat New York Gov. Kathy Hochul in the primary. Finman has separately given $5,800 to Santos’ campaign this cycle, the maximum allowed in direct contributions to a candidate under campaign finance rules. Larry Sabato’s Crystal Ball, an election tracker, marks the race for Suozzi’s district as a toss-up

Though Finman gave $2,800 to President Joe Biden’s campaign during the 2020 election, he’s become increasingly more conservative. He met with former President Donald Trump in February at Mar-a-Lago, his private club in Florida, and said he plans to support the twice-impeached president if he runs again in 2024.

A high school dropout, Finman said he took part in the Thiel backed fellowship program that gives $100,000 over two years to participants who dropout of school to pursue business opportunities. Masters and Thiel worked together at Thiel’s firm, Thiel Capital.

He said he met Masters while participating in the program and then spoke with him again at a 2020 election night party hosted by Thiel at his home in Los Angeles. Finman says he encouraged Masters to run for Arizona’s Senate seat and he has since given $5,800 to his campaign.

Finman is surrounded by key Republican political advisors, including Garrett Ventry, who was chief of staff to Rep. Ken Buck, R-Colo., and a senior communications advisor to Sen. Chuck Grassley, R-Iowa. when the veteran lawmaker chaired the powerful Senate Judiciary Committee.

Finman also said he’s in regular contact with David McIntosh, the president of the conservative group Club for Growth.