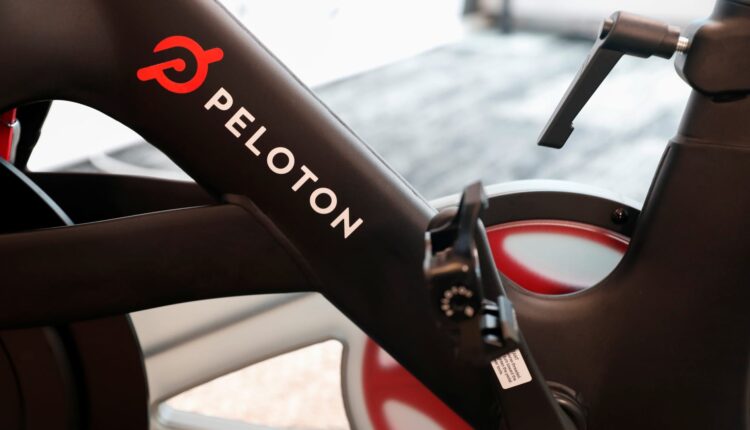 A Peloton exercise bike is seen after the ringing of the opening bell for the company’s IPO at the Nasdaq Market site in New York City, New York, U.S., September 26, 2019.

Peloton’s chief financial officer, Jill Woodworth, is leaving the company and will be replaced by Liz Coddington, an executive at Amazon Web Services, effective next week, the company announced Monday.

The handover marks another departure from the at-home fitness company’s top ranks. Peloton earlier this year appointed Barry McCarthy, formerly CFO at Netflix and Spotify, to the role of chief executive officer.

McCarthy took the helm from founder John Foley at a time of intense upheaval at the company, which has suffered from rising costs and waning demand. He’s launched the company on an aggressive cost restructuring plan that in part emphasizes recurring subscription revenue.

“Liz is a deeply talented finance executive and will be an invaluable addition to Peloton’s leadership team,” McCarthy said in a release. “Having worked at some of the strongest and most recognizable technology brands, she not only brings the expertise needed to run our finance organization, but she has a critical understanding of what it takes to drive growth and operational excellence. I have seen her intellect, abilities, and leadership firsthand and am excited to work closely with her as we execute the next phase of Peloton’s journey.”

Coddington previously held roles at Walmart.com and Netflix. Woodworth had been at Peloton since 2018 and will remain at the company as a consultant on an interim basis, according to the announcement.

Peloton has come under pressure in recent months from activist investor Blackwells Capital, which as recently as April urged the company to consider a sale.

The maker of connected bikes and treadmills has struggled to sustain its pandemic-era growth. In January CNBC reported the company had walked back ambitious sales projections, and in February it laid off 2,800 employees.

McCarthy said during his first earnings conference call at the helm of the company that he was surprised to learn just how discombobulated the supply chain was and how quickly the company’s cash coffers were shrinking.

In May, the company signed a binding commitment letter with JPMorgan and Goldman Sachs to borrow $750 million in five-year term debt in an effort to return the business to free cash flow positive.

How To Improve Chances Of Approval For Personal Loan