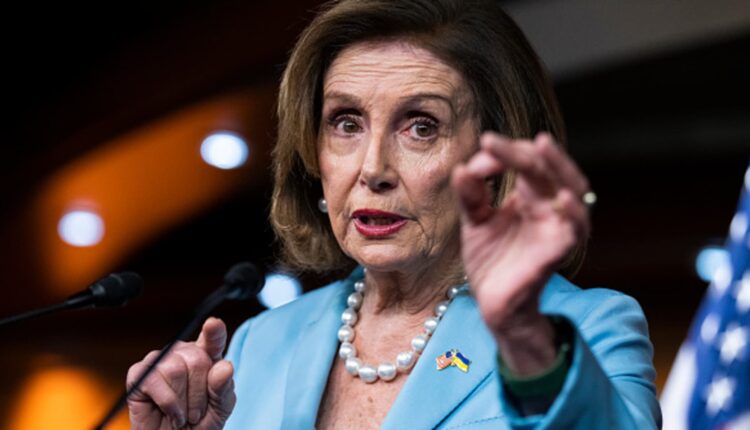 Speaker of the House Nancy Pelosi, D-Calif., conducts her weekly news conference in the Capitol Visitor Center on Thursday, May 19, 2022.

House Speaker Nancy Pelosi said Thursday that lawmakers will vote on a collection of sweeping gun-control bills next week in response to a series of horrifying mass shootings in the U.S. that have left dozens dead.

While several bills are expected to clear the Democratic House – including a bill that would raise the legal age at which a person could purchase an assault rifle to 21 from 18 – Pelosi acknowledged in her Dear Colleague letter the slim chances many pieces of that legislation have in the Senate.

“Saving our children can and must be a unifying mission for our nation,” she wrote. “To all those in the Congress who would stand in the way of saving lives: your political survival is insignificant compared to the survival of our children. We will not rest until the job is done.”

Leading the gun-control legislating in the House is Rep. Jerrold Nadler, the chairman of the Judiciary Committee. He and his deputies are scrambling to pass an omnibus bill, a mix of various gun bills known as the Protecting Our Children Act, out of committee before day’s end.

That collection of bills would raise the purchasing age for semiautomatic weapons from 18 to 21 years old, outlaw high-capacity magazines and bump stocks for civilian use, and impose stronger gun storage requirements to protect children from accidental shootings.

The legislation’s move from the Judiciary Committee to the broader House floor, where Pelosi and other Democrats will likely pass and send it to the Senate, where the most viable bipartisan talks are underway.

Many of the House reforms are opposed by Senate Republicans, who have the power to block legislation from advancing with the threat of a filibuster in that chamber. Senate Democrats, led by Majority Leader Chuck Schumer, therefore need to persuade about 10 Republicans to sign on to any gun-safety policy if it has any hope of making its way to President Joe Biden.

That’s why, instead of the sweeping actions proposed by the House legislation, talks between Sen. Chris Murphy, D-Conn., and a handful of moderate Republicans have focused on bulked-up background checks and red flags laws.

Cool it with ‘Breaking News’ banner