Parents of Uvalde and Buffalo mass shootings testify before Congress 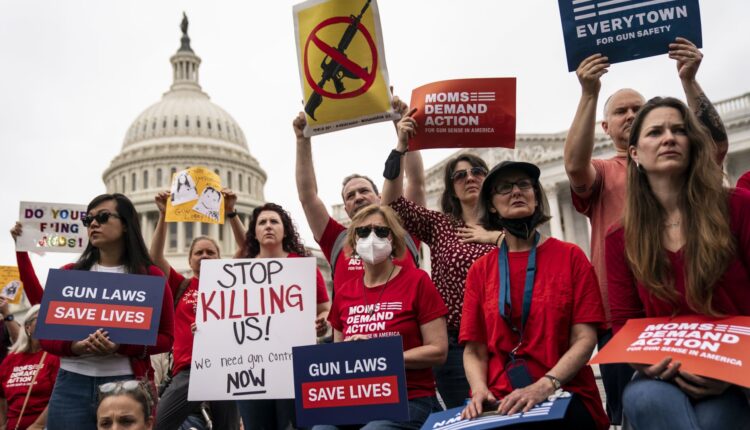 [The stream is slated to start at 10 a.m. ET. Please refresh the page if you do not see a player above at that time.]

Parents, law enforcement and one fourth-grade student who survived the May 24 school shooting in Uvalde, Texas will testify before Congress on Wednesday on that massacre as well as one in Buffalo, New York, the combination of which left 31 Americans dead and horrified the nation as the latest examples of gun violence carried out by lone teenage gunmen.

Among those set to testify before the House of Representatives is Miah Cerrillo, who covered herself in the blood of her friend and played dead during the shooting at Robb Elementary in Texas.

She will be joined by Felix and Kimberly Rubio, parents to Lexi Rubio, 10, who was shot to death in the same massacre.

Zeneta Everhart, mother of 20-year-old survivor Zaire Goodman, will detail the injuries suffered by her son on May 14, when an 18-year-old gunman carried out a racist rampage at a supermarket in Buffalo, New York.

The testimony before the House Committee on Oversight and Reform comes just hours before the broader chamber is expected to vote on a suite of stricter gun laws collectively known as the Protecting Our Kids Act.

The Democratic House will seek to pass legislation Wednesday afternoon that raises the age at which a person could purchase an assault rifle to 21 from 18, outlaw the sale of large-capacity magazines and create new rules for storing firearms at homes.

Even if House Democrats are able to muscle that bill through the chamber, the move would be symbolic since Senate Republicans are united against it.

Instead, a bipartisan group of senators including Chris Murphy, D-Conn., and John Cornyn, R-Texas, are holding private discussions on far-less-restrictive gun legislation that stands a better chance of reaching President Joe Biden’s desk.

Biden met with Murphy on Tuesday to discuss his progress in Senate deliberations hours before actor and Uvalde native Matthew McConaughey delivered an impassionate speech for tighter gun laws from the White House press briefing.