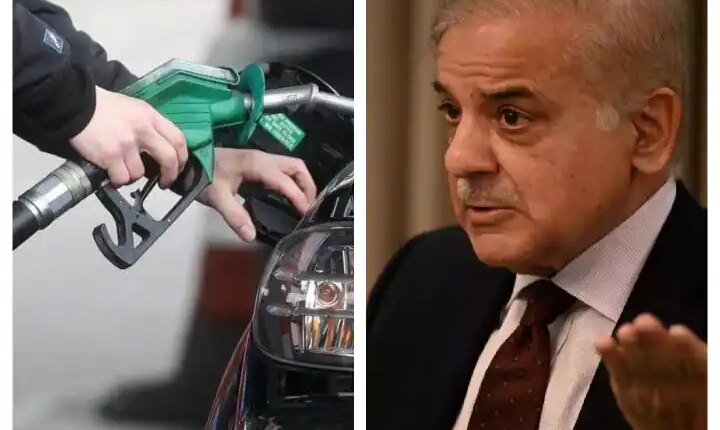 Pakistanis Anger On Petrol Price Hike:Not only are the prices of petrol increasing continuously in Pakistan, but along with this the mercury of the people there is also increasing continuously. Due to the increase in oil prices twice in the same week, the public has come out on the road. The Pakistani public is very angry with this move of the government of Prime Minister Shehbaz Sharif. Due to this people have come down on the protest. On Friday, June 3, people ransacked the petrol pump near the old vegetable market in the Central District of Karachi. Angry people did not agree to this, they also threw stones.

Why are Pakistanis angry?

At present, inflation is at its peak in Pakistan, on which the government has been increasing oil prices continuously. In a way, there is a situation like the economic crisis of Sri Lanka. On Thursday itself, the Finance Minister of Pakistan Miftah Ismail announced an increase of 30 rupees in petrol prices. After this, petrol has reached 209 rupees 86 paise and diesel 204 rupees 15 paise. Due to this, the Pakistani people are upset. People are equally upset due to the increase in the price of oil. On that the petrol pump has stopped the petrol supply. This step of the petrol pump has added fuel to the fire.

Angered by the rising oil prices, people not only ransacked the petrol pump in Karachi, but also protested in Nagin Chowrangi itself. Apart from this, people in Larkana also protested against the increase in oil prices. The situation worsened when people set fire to tires at Jinnah Bagh Chowk.

The government of Prime Minister Shahbaz is blaming Tehreek-e-Insaf, the previous Imran Khan government of the country, for this economic crisis arising in the country. The current Shahbaz government of Pakistan has accepted the demands of the International Monetary Fund and abolished fuel subsidy in the country and increased the price of petrol by Rs 30. However, to reduce the effects of rising oil prices, he has launched a relief package of 28 billion every month. However, as usual, he again blamed the Imran government for the continuous increase in oil prices. He said that on 28 February 2022, Imran Khan’s government had announced to reduce the prices of electricity and petrol under the pressure of opponents to give relief to the public. Russia has refused to give oil to Pakistan, but the Finance Minister blamed it on the previous government. He said that the Imran government did not maintain good relations with Russia. Because of this this situation has come. He said that Imran Khan went on a visit to Russia, but there was no news anywhere that there was any oil agreement between Russia and Pakistan.

read this also: Pakistan Politics: …then civil war will break out in Pakistan, ex-PM Imran Khan Why did he say so?