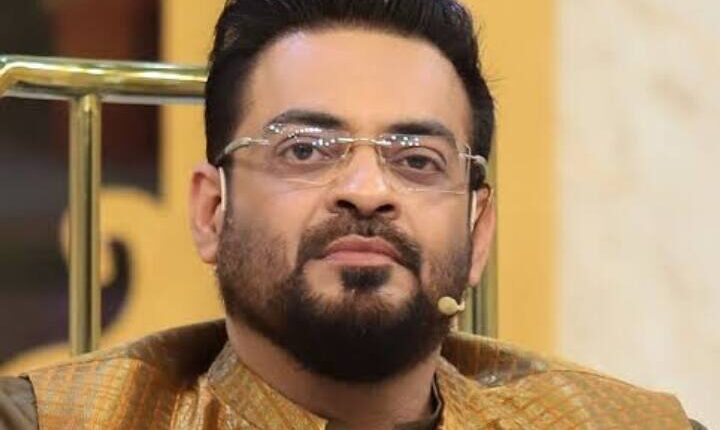 Aamir Liaquat Hussain Death: Pakistan’s famous TV host and MP Aamir Liaquat Hussain has died. He was 49 years old. Today Amir Liaquat Hussain was found dead at his home in Karachi. Liaquat’s condition deteriorated in the early hours after which he was taken to Aga Khan University Hospital, where he was later declared brought dead, a police officer said. He said that the preliminary report did not show any wrongdoing.

MP was elected from Karachi

Let us tell you that Liaquat had joined PTI in March 2018 and was elected as an MP from Karachi in the general elections held later that year. However, he later left the party. He had previously been a prominent leader of the Muttahida Quami Movement (MQM) and in August 2016 broke with the party and said that he would quit politics. Liaquat was working in the media industry for many years.

In discussion about weddings

He was born on 5 July 1972. He also has two children. Aamir Liaquat had three marriages. He married second wife Tauba Anwar in 2018. After divorce from him, he married Dania Shah in the year 2022 itself. Daniya Shah was 31 years younger than him. However, after a few days of marriage, Daniya had asked for a divorce from him.

Presidential Election 2022 Date: Announcement of the dates of presidential elections, voting will be held on July 18, know when the results will come

Exclusive: ‘I accept Uddhav’s challenge, will go to Kashmir and read Hanuman Chalisa…,’ Navneet Rana hits back at Maharashtra CM