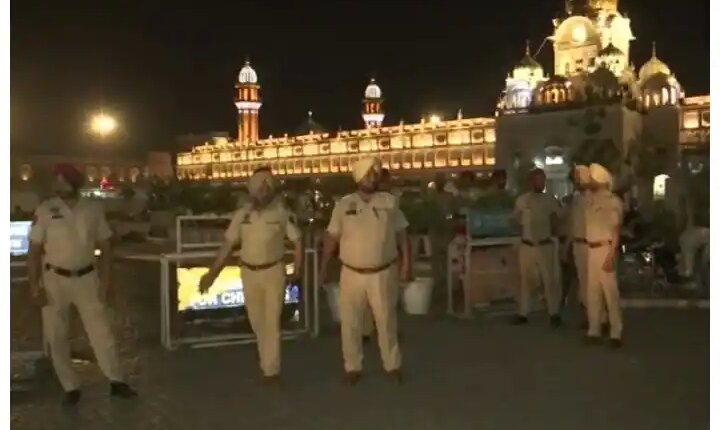 In Amritsar, the police are guarded all over the place around the Golden Temple. A flag march is being taken out on the streets there. The security arrangements have been chalked out to ensure that there is no negligence in the security of the Golden Temple. Security has been beefed up after radical organizations have called for a bandh in Amritsar on the anniversary of Operation Blue Star.

Security beefed up on the anniversary of Operation Blue Star

In view of the 38th anniversary of Operation Blue Star, radical organizations have called for Amritsar Bandh. An organization named Dal Khalsa also put up posters from place to place against Operation Blue Star. In view of this, the security force personnel took the front so that no one could make a dent in the security of Amritsar. According to the police, about 7,000 personnel have been deployed for the security of Amritsar, including four companies of paramilitary forces. Apart from this, outstation vehicles going towards Darbar Sahib were banned.

Radical Sikh outfits and members associated with pro-Khalistan groups including Dal Khalsa, Shiromani Akali Dal (Amritsar) marched to the city on Sunday, a day before the 38th anniversary of ‘Operation Bluestar Anniversary’. ‘Azadi March’ was organized in As the march began from the Bhai Vir Singh Memorial Hall on Lawrence Road, the protesters raised slogans in support of independence, demanding a separate state for Khalistan for Sikhs, carrying Khalistan flags and placards.

Kanpur Clashes: Petrol was brought in a bottle for violence, pictures captured in CCTV… New disclosure in Kanpur violence