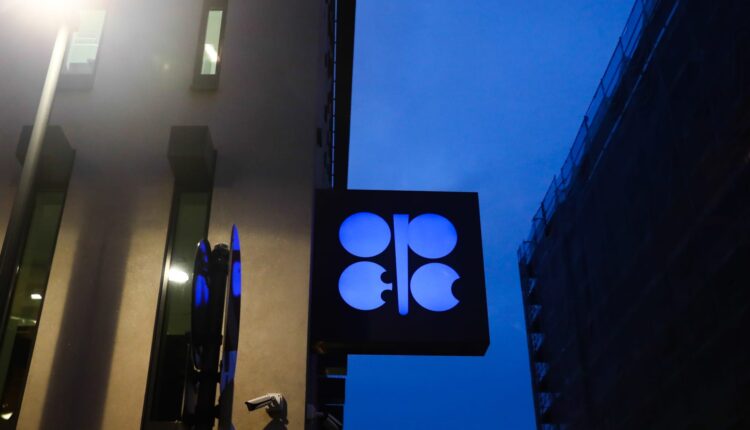 OPEC+ has “kind of broken down,” the lead analyst of an oil research firm said after oil prices rose despite the alliance announcing that it would increase supply more quickly.

OPEC and its allies decided to take nearly 10 million barrels off the oil market in 2020 when Covid first hit and demand evaporated.

The alliance on Thursday said it would increase production by 648,000 barrels per day in July and August to bring output cuts to an end earlier than previously agreed.

The problem is that countries in the OPEC+ alliance have not been meeting their targets, said Paul Sankey of Sankey Research.

“The whole system of OPEC has kind of broken down right now,” he told CNBC’s “Squawk Box Asia” on Friday. OPEC typically can influence oil prices by controlling its output, but Sankey said the market sees oil supply issues persisting despite the announcement.

Saudi has to make a choice — do we let the price go higher while maintaining a super emergency, super crisis level of spare capacity?

Only two or three countries in OPEC have spare capacity, he said.

Saudi Arabia, the kingpin in OPEC and the world’s second-largest oil producer, has about a million barrels per day of extra production capacity, but doesn’t want to use all of it, said Sankey.

“Saudi has to make a choice — do we let the price go higher while maintaining a super emergency, super crisis level of spare capacity?” he asked. “Or do we add oil into the market and go to effectively almost zero spare capacity, and then what happens if Libya goes down?”

A political deadlock in Libya has led to a partial blockade of oil facilities, Reuters reported in May.

The new quota also includes Russian production, which has been constrained by sanctions because of the war in Ukraine, he said.

“It’ll become less relevant in this cartel group as Europe and the rest of the world starts to sanction Russia,” he told CNBC.

Like Sankey, Pickering said OPEC doesn’t have much excess capacity beyond countries such as Saudi Arabia and the United Arab Emirates.

“It’s coming down to just a couple of countries and what they’re willing and able to bring to the market. So Russia is going to slip out of this cartel over time,” he said.

China and India have been buying more oil from Russia, but that won’t be enough, said Rachel Ziemba, founder of Ziemba Insights.

“Ultimately, I don’t think the logistics are there to completely redistribute,” she said.

Despite supply concerns and very high oil prices, demand for energy has not fallen much.

“China’s coming back from Covid, so that’s picking up. Seasonally, we see strength in demand generally in the summertime [and] you’ve got pent-up demand to travel related with sort of the Covid situation over the last couple of years,” said Pickering. He said some demand gets eroded when West Texas Intermediate is above $115 per barrel.

Sankey, however, said demand doesn’t seem to be responding to higher prices yet.

Gasoline and diesel prices are even higher because of refining capacity constraints, said Sankey.

“Still, demand is not being destroyed, so it’s a very bullish set-up, but it’s kind of crazy to be honest,” he said.

“Everybody is flying more and driving more. Everyone’s sort of immune to it. It’s a crazy situation and our forecast is $110 to $150 Brent through the summer and beyond,” he said.

— CNBC’s Weizhen Tan and Pippa Stevens contributed to this report.