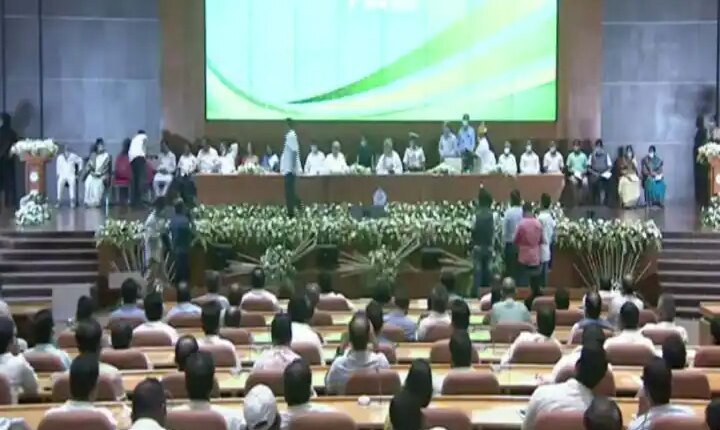 Odisha Cabinet Reshuffle: The new council of ministers took oath in Odisha on Sunday. A day before this, all 20 ministers had resigned. Governor Ganeshi Lal administered the oath of office and secrecy to 13 MLAs as ministers at a ceremony held at the new convention center of Lokseva Bhawan, Bhubaneswar.

BJD MLAs Jagannath Sarka, Niranjan Pujari and R. P. Swain is also involved. Women MLAs- Pramila Mallick, Usha Devi and Tukuni Sahu have been included in the council of ministers. Sources in the Biju Janata Dal (BJD) said that tribal leader Sarka was the first to take oath as she is named after Lord Jagannath. Odisha Assembly Speaker S. N. Patro also resigned on Saturday. However, he did not give any reason for this.

It is being speculated that the Naveen Patnaik government of the state has become cautious about the Lok Sabha elections to be held in 2024 and the assembly elections to be held in the same year. After much deliberation, his party has thought of taking steps to give opportunities to both the young and the senior in the cabinet.

On May 29, Naveen Patnaik completed three years of his fifth consecutive term as the Chief Minister of Odisha. According to the information, the leaders who perform better during the three-year tenure of the government can get important responsibilities in the party organization.