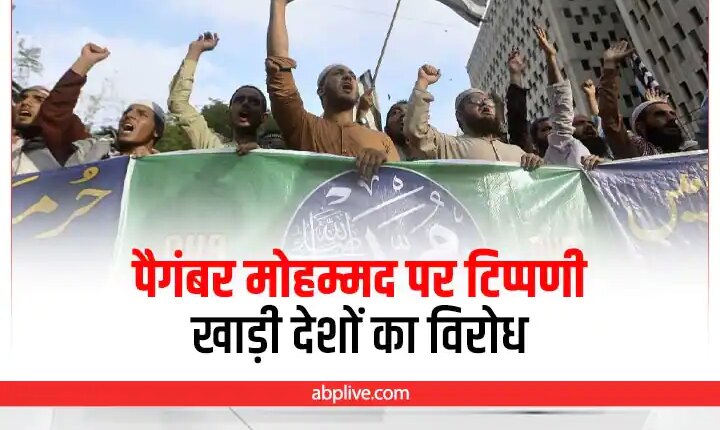 Prophet Muhammad Nupur Sharma Controversy Update: Controversy is slowly deepening over the controversial remarks of BJP leaders against Prophet Mohammad. Now the terrorist organization Al Qaeda has also entered in this episode. Terrorist organization Al-Qaeda has threatened a suicide attack in India over the remarks made on Prophet Muhammad. Al Qaeda has called it an insult to Islam and has threatened attacks in many states of the country.

In a threat letter on June 6, the terrorist group Al-Qaeda said it would launch suicide attacks in Delhi, Mumbai, Uttar Pradesh and Gujarat to fight in the honor of the Prophet. At the same time, many Muslim countries of the world have already expressed their displeasure with India regarding this remark. Many Gulf countries have also summoned Indian diplomats.

Controversial remarks of Nupur Sharma and Naveen Kumar Jindal against the Prophet have made anti-national elements active, while diplomatic difficulties have also arisen for India. Al Qaeda has threatened attacks in many towns and cities of the country. Kuwait has already withdrawn Indian products from its stores. More than 15 countries, including Kuwait, Iran, Afghanistan, Pakistan, Oman, Indonesia, have protested against this remark. On the other hand, Mumbra police has summoned Nupur Sharma and asked her to appear on June 22.

boycott of indian products in kuwait

The effect of BJP leaders’ remarks against Prophet Mohammad is visible at the international level. Indian products are being boycotted in Kuwait. According to media reports, a super market in Kuwait has removed Indian products from its place. Rice, spices have been removed from the shop counter and covered with plastic sheets from a supermarket outside Kuwait City.

Many countries of the world have lodged a protest over the remarks against Prophet Muhammad. About 15 countries are included in this list. Among these, Qatar, Iran, Iraq, Kuwait have already summoned Indian diplomats and strongly condemned it. Indonesia, Saudi Arabia, United Arab Emirates, Maldives are also included in this list. Apart from this, Oman, Jordan, Bahrain, Afghanistan and Pakistan are also among the countries criticizing the comments of BJP leaders.

At the same time, after the OIC’s criticism, the Ministry of External Affairs had said that the comments of BJP leaders do not in any way reflect the views of the Government of India. India respects all religions. The OIC’s comments were termed as unnecessary by the Ministry of External Affairs. Let us tell you that BJP has already taken action against Nupur Sharma and Naveen Kumar Jindal for their controversial remarks on Prophet Muhammad. Nupur Sharma was suspended from primary membership for 6 years. Apart from this, Naveen Kumar Jindal has also been expelled from the party.

Kanpur Clash: Wires related to PFI, arrest of BJP leader and 54 people in clutches, know what happened in Kanpur violence so far