No Relief From The Heatwave For The Next Three Days In Many States Including Delhi, IMD Issued An Orange Alert ANN 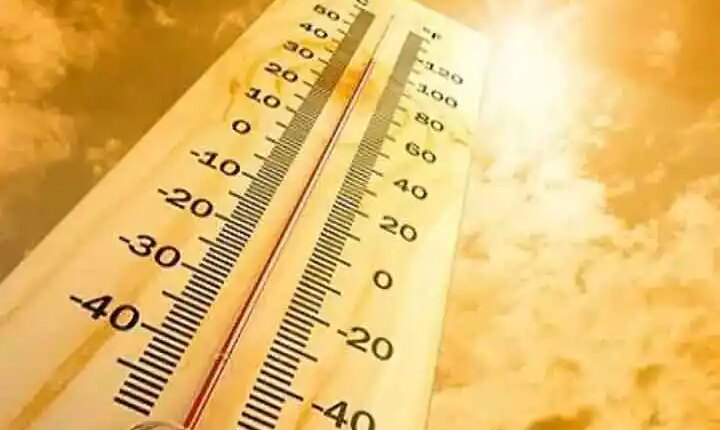 There is no hope of getting relief from the scorching heat in many states including Delhi, NCR. IMD has issued an Orange Alert and has warned of severe heat for the next 3 days. The month of June has just started but the heat is so severe that the condition of the people is miserable. In Delhi NCR, the heat has already broken many records and now in Uttar Pradesh also the heat has broken the record of 52 years and Kanpur has been the hottest in the state with 47 degrees.

end of heat wave 18-20 seen in may
The last phase of a massive heat wave was observed during 18-20 May over North-West and Central parts of India including Delhi. Thereafter, there was some respite from heat wave over the entire country including Delhi from 21st May to 31st May as easterly winds were observed at lower levels over northern parts of India during 21st May to 30th May 2022 when two active WDs (22-25 and 28-30 May) also moved across the region.

However, from 31 May to 2 June onwards, the easterly influence at the low level has subsided and dry and hot winds from Pakistan are increasing, making the regions of north-west and central India more dry and hot. .

Due to these warm winds, the maximum temperature increased and a fresh round of heat wave developed over isolated parts of northwest Rajasthan on 2nd and 3rd June and then over some adjoining Punjab, Haryana, NCR to east and north. spread in parts.

Jeenamani said, “Punjab, Haryana, Delhi, Uttar Pradesh have been kept in orange alert for the next 3 days. The temperature is expected to remain in the range of 44-46 degrees. This time the heatwave is going to be very dangerous, which has been warned by the Indian Meteorological Department, there are alerts of heavy rains in the north eastern states like Assam, Meghalaya, Arunachal Pradesh will receive heavy rain. And at present, the monitoring of the Indian Meteorological Department regarding the monsoon is going on continuously.

Garma’s record broken in UP
Even after breaking the heat record in UP, the scorching heat continues. With the decrease in the amount of moisture in the air, the effect of warm air from the Thar desert has started increasing. Due to this, along with increasing the temperature, the humidity and heat are also increasing.

Kanpur remained the hottest in UP for the second consecutive day. Here the heat broke the record of last 52 years. In the year 1970, it was so hot in June.

Bengaluru Airport Gets Robots: 10 robots deployed at Bengaluru airport will help passengers in this way