No Language Is Inferior To Hindi Or English Because Each Language Has Its Own Importance Says Dharmendra Pradhan | Language Row: शिक्षामंत्री धर्मेंद्र प्रधान बोले 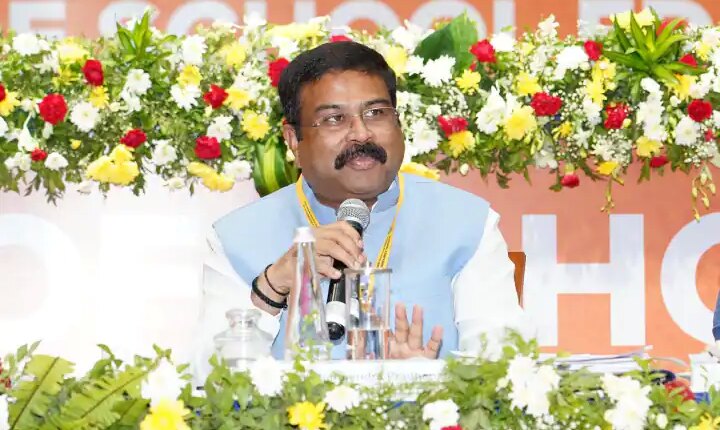 Dharmendra Pradhan said that every state has its own unique proposal. States/UTs have also been suggested to develop ways of blending the curriculum keeping in mind the specific requirements of the State/UT. We all have to work continuously together to build a more vibrant education landscape and India of the 21st century.

Education Minister Dharmendra Pradhan: All languages ​​are national languages. No language is inferior to Hindi or English because each language has its own importance. That is why we have given importance to local languages ​​in our new NEP.

He said that the National Education Policy also emphasizes on skilling. It is necessary to use the existing school infrastructure. I have called upon the States/UTs to strengthen DIET and leverage the school infrastructure in the form of skill centers in sufficient numbers after school hours.

Dharmendra Pradhan said that curriculum, teacher training and e-learning framework are our priority. I have urged all the States/UTs for more active support, cooperation and participation in the development of NCF and building of teacher capacities.

read this also- India Afghanistan Relation: Indian officials will meet senior members of Taliban in Kabul, these issues will be discussed

Kashmir Target Killing : Is It Again The Situation 30 Years Ago?